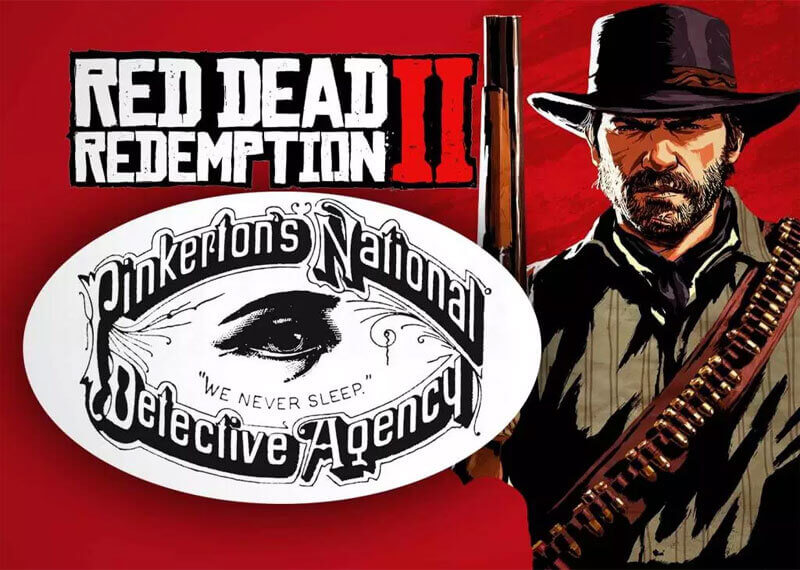 Rockstar Games, the developer of Red Dead Redemption 2 has recently thrown a gauntlet right against the security company Pinkerton. Rockstar Games has reportedly demanded the royalties which are using its name in that game. Based on a complaint that was filed the previous week, Take-Two Interactive received a letter of cease-and-desist from Pinkerton. Pinkerton sent the letter over two characters of the game Edgar Ross and Andrew Milton.

Edgar Ross and Andrew Milton are two of the Pinkerton agents, and they are also the main antagonists of the game. As of now, Take-Two Interactive is stating that they have used the characters in a fair manner. Take-Two also revealed that both the antagonists are a part of the detailed setting of Red Dead Redemption’s history.

What’s exactly in the order?

The Securitas AB subsidiary security firm, Pinkerton Consulting & Investigation has delivered their cease-and-desist order back in December. This marks the two months release date of Red Dead Redemption 2. The cease-and-desist order claims that it has commended Rockstar Game’s affection towards Pinkerton. However, the order also claimed that the trading was based on goodwill which is associated with the trademarks of the company. Eventually, it created a false impression which the game made once it connected with the security firm, Pinkerton.

The other side of the coin!

Take-Two also noted that Pinkerton National Detective Agency is often referenced in most of the Western fictions. The agency also played a major role in America’s history in the 19th century and the early 20th century. Nevertheless, the agency was definitely not the inspiration for an American Rock Band, Weezer album, Pinkerton. The agents of Pinkerton appear in the Deadwood, the 2000s-era TV Series and The Long Riders, a 1980 film. The reference to Pinkerton also appears in BioShock Infinite. In BioShock Infinite, the protagonist is a former Pinkerton agent.

The complaint also states that Pinkerton is trying to profit from Red Dead Redemption 2. The game has sold around 17 million copies within two weeks of its release. The game provided Take-Two a chance of bragging as to how historically accurate Red Dead Redemption 2 is. Take-Two Interactive also quoted the glowing press from the media outlets and the Audubon Society.

By the looks of it, historical fiction such as games, movies, television, books, and play would suffer it trademark claims succeed. Someone like Pinkerton can’t utilize the trademark law for owning the past.

Blockchain and Genomics: Why DNA is Going Crypto