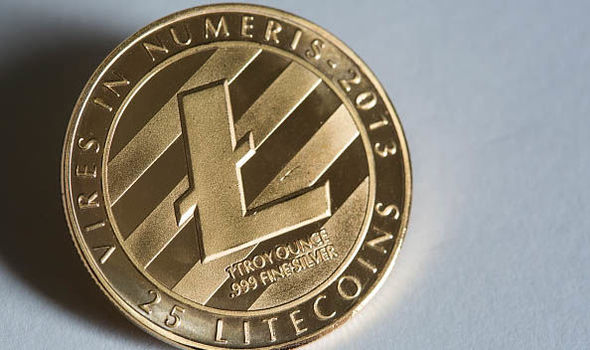 For a long time now, Litecoin has been going through a tremendous influx concerning the selling of the crypto tokens. Moreover, the mining rewards of the cryptocurrency is going through halves since the summer of 2019. Furthermore, this also led to the spark of deep-cutting sell-off irrespective of the fact that most of the investors, alongside analysts, were optimistic about Litecoin’s future in 2019.

Some of the analysts have noted that Litecoin’s market capitalization, as well as price, might surge around 80% right against Bitcoin. However, the significant surge might take some weeks or even a few months. However, the surge in the price of Litecoin is inevitable.

The good days of Litecoin are right ahead:

While doing the research, Litecoin has been trading more than 2% of the token’s present-day price, i.e., $61.00. It is important to note that Litecoin did climb a little from the daily lows of around $59.00.

If the cryptocurrency investors and enthusiasts take a look at the single month performance of Litecoin, then they would find some strange developments. According to the recent stats, the current volatility rate of Litecoin did favor optimistic cryptocurrency enthusiasts and investors. At the time of writing, the present-day trading value of Litecoin is a little better than the persisting 30-day lows. Additionally, in late October, Litecoin’s lows were around $50.

The main reason as to why there is a surge in Litecoin’s monthly lows is due to Bitcoin. The significant surge in Bitcoin’s market value during late October did help Litecoin tremendously. The recent remarks from the Chinese president regarding the blockchain technology did help both Bitcoin and few other cryptocurrencies such as Litecoin.

One of the popular cryptocurrency analysts, Mitoshi Kaku, took it to Twitter and also explained Litecoin’s growth. The most crucial point that Mitoshi Kaku did point out was that Litecoin would climb higher significantly during the next term. In simple terms, in no time, Litecoin might witness a significant surge, and the process of the surge has already begun.

Is Litecoin ready for the 80% Surge?

Galaxy, also regarded as one of the most popular cryptocurrency analysts, did provide a bullish sentiment and said that Litecoin might surge around 80% when put against Bitcoin trading pair in the forthcoming months.

The entire world is currently under a cloud of tremendous panic as Bitcoin, and the Altcoins are doing great in terms of market capitalization. Moreover, the altcoins such as Litecoin have a better position during the near-term gains from Bitcoin.

Most of the analysts that didn’t pay attention to Litecoin’s growth for a month they tremendously happy when they saw Litecoin’s steep growth. Bitcoin might be providing little bearish signs for now, but the cryptocurrency industry is still a volatile one.

Echoestrader is Empowering the Individual Crypto Trader With Bot-Driven Trading