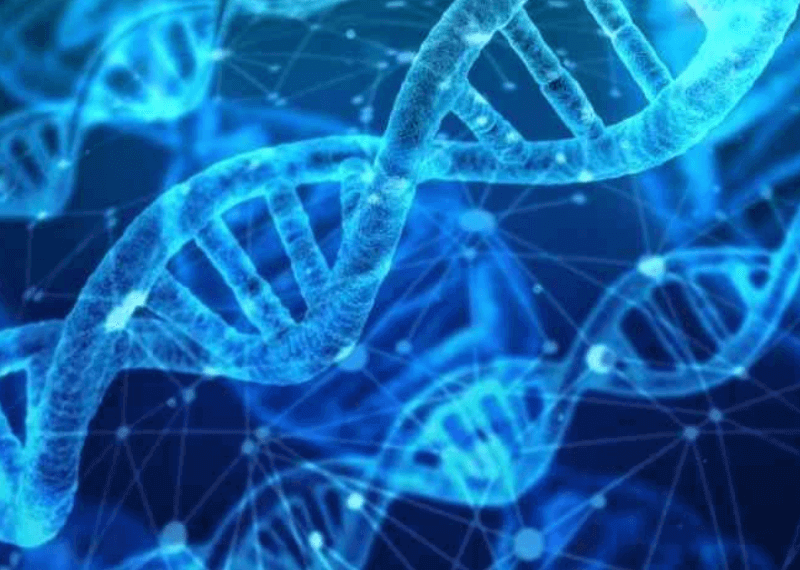 Data has become an incredibly valuable resource for modern companies. Businesses collect personal information from current or potential customers for research and marketing purposes, and this can be done in three ways. First, businesses can learn more about you directly through registration forms and payment information; indirectly through cookies and web caches; or through a third-party source, such as data analytics firms.  While basic details like our full name, date of birth, and address are already considered valuable to companies, perhaps the most personal piece of data — and therefore, the most precious — is a person’s DNA, with unscrupulous individuals and organizations stopping at nothing to get it. To better understand why and how DNA is going crypto, let’s take a step back and explore how technology has made it possible to monetize or productize a person’s genomic data.

DNA technology has significantly improved over the years, leading to a drastic decrease in DNA sequencing expenses. According to charts by the National Human Genome Research Institute (NHGRI), genome sequencing projects in 2001 would have set patients back by at least $100 million. In contrast, people can get these sequencing services for just $1,000. This is due to the technology reaching a point where a portable sequencer can connect to a laptop and make the decoding process simple.

Since genome sequencing is now more accessible, pharmaceutical and biotech companies’ interest is expected to lead a growth for the genomics data market in the coming years. In fact, Grand View Research predicts that the market size will reach a whopping $27.6 billion by 2025.

But what does all this DNA data mean for the industry? For the uninitiated, genomics data is primarily used for research on diseases and drug design. In 2017, the FDA approved two new gene therapies in the US. One treats B-cell lymphoma by reprogramming the body’s immune cells, while the other treats an inherited retinal disease (IRD) that often leads to blindness. This progress is the reason why DNA data has become extremely valuable.

What’s more, pharmaceutical company GlaxoSmithKline purchased a $300 million stake in 23andMe, a popular consumer genetic testing company, in July 2018. The deal allows GSK to use the latter’s genomic database to help develop new drugs. The announcement has raised issues of data privacy, as people are concerned about their DNA data being misused or worse, intercepted by hackers.

If DNA data were to be leaked, the consequences would be dire. Cyber criminals could hold the information for ransom or use it for fraud and theft. What makes DNA especially crucial is that it is difficult, if not altogether impossible, to change — unlike how we can change credit card details, addresses, and other personal data.

It is for this reason that healthcare institutions, with their massive databases on patient records, are often common targets for hackers. In fact, the largest data breach last year was an attack on billing vendor Accudoc Solutions — which saw over 2.65 million patient’s data compromised.

These concerns have prompted the need to focus on protecting personal and valuable data — especially data that is as uniquely crucial as our DNA.

In light of these concerns, a startup called Genomes.io is offering to protect and productize DNA. With blockchain technology, the company is providing consumers the opportunity to secure their genome from the moment it is sequenced. The tech would also allow them to control who gets access to the data at any point in time. For instance, pharmaceutical companies can inquire about parts of a genome sequence, and a person can choose whether to grant the information or not. The idea is to prevent someone’s DNA information from getting hacked or being passed around from company to company without their knowledge or consent.

The appeal of blockchain, or the digital transaction ledger used for cryptocurrencies like Bitcoin and Ethereum, lies in its encryption system. While new information can always be added to the ledger, previous data, which is stored in blocks, cannot be edited or adjusted. This makes it tough for hackers to manipulate data already in the chain.

Overall, this technology may have started in the cryptocurrency sphere, but its unique benefits have found other uses in a variety of other sectors. Although its biggest potential is undoubtedly in finance, a post by FXCM on ‘Blockchain Uses Beyond Bitcoin’ details the other industries blockchain is set to revolutionize. There’s the music industry, in which blockchain can provide a better remuneration system for artists. The energy sector could also leverage the blockchain for billing and metering, while governments can also use it for voting and other public services. Then, there’s healthcare, which genomics is a part of. Lastly, even the pet industry has also seen promise in blockchain technology, with Petchains being the world’s first blockchain-based pet shop.’]

The Case for Blockchain Technology

A long-standing issue for our healthcare systems is that they are quite inefficient. Patient records are scattered across different departments and systems, which means they are not easily accessible. There is even room for error as health professionals often have to cross-reference with other departments. Hacker Noon points out that 40% of healthcare provider records are actually filled with errors or misleading information.

This inefficiency has prevented health organizations from delivering services on time. But blockchain may be able to address this problem. A blockchain system would allow health professionals from different institutions to check patient records quickly and efficiently. There would also be no need for a central authority, as the digital ledger would automatically update information and disseminate the changes across all the other ledgers. The system’s decentralized nature also makes it infinitely more secure than what we have today.

Since DNA data is perhaps the most personal piece of information available, health institutions as well as biotech companies should take data protection more seriously. At a time when massive cyber breaches are happening all over the world and data privacy has become a hot topic, the industry could very well benefit from a blockchain makeover. Genomes.io’s blockchain service may still need time to develop, but hopefully, other genomic companies can follow suit.

The Pinkerton agents of Red Dead Redemption 2 are in a lawsuit!