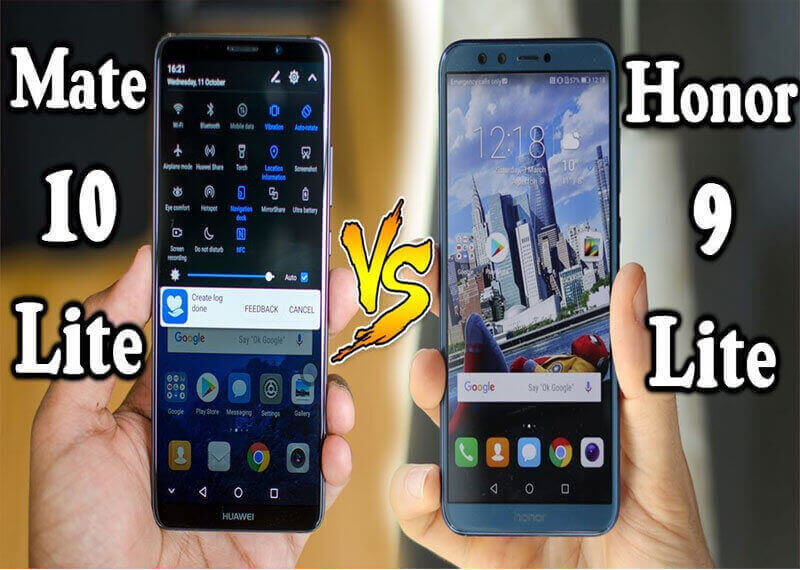 Chinese mobile maker Huawei and its sub-brand Honor started this year with the launch of a few popular smartphones. It began with Huawei launching the Y9 (2019) on 10 January. Later, Honor unveiled the Honor 10 Lite on 16 January. Interestingly, both phones are available for sale on different e-commerce platforms. The Huawei Y9 (2019) is available on Amazon at a starting price tag of Rs 15,990. On the other hand, Honor 10 Lite is available on Flipkart at a starting price of Rs 13,999.

To start with, both these new devices are powered by HiSilicon Octa-Core Kirin 710 SoC. The Huawei Y9 (2019) offers 4GB of RAM along with 64GB of storage. However, the Honor 10 Lite comes in two variants- a 4GB RAM and 64GB storage base variant and another high-end 6GB RAM and 64GB storage variant. Both, the Huawei and Honor device comes with a microSD slot to expand the storage capacity. Talking about the battery, the Honor 10 Lite falls a little behind with a 3400 mAh battery while the Huawei Y9 (2019) sports a 4,000mAh battery.

The Huawei Y9 is a phablet-sized phone featuring a big display which is pretty large than Honor 10 Lite. The Honor Y9 sports a 6.5-inch FHD+ display with 2340×1080 pixels resolution. It also comes with a regular notch on the top. On the other hand, the Honor 10 Lite sports a smaller 6.21 inch FHD+ LCD screen with the same resolution. However, this phone sports a waterdrop style notch.

It isn’t a straightforward job to choose between these two smartphones. However, going by the spec-sheet of the two, Honor 10 Lite and Huawei Y9 (2019) are nearly similar. However, the major difference comes in their pricing. The Huawei Y9 (2019) base variant sporting 4GB RAM and 64GB storage are available at Rs 15,990.

However, Honor 10 Lite which comes with similar configuration comes at Rs13, 999. This being said, the Honor 10 Lite comes with the superior 24MP front shooter and the much stylish waterdrop notch. Well, it’s a pretty close call between the two, but the clear winner still is the Honor 10 Lite. Though Huawei Y9 (2019) comes with a little better specs regarding screen size and battery capacity, its price still cannot be justified.