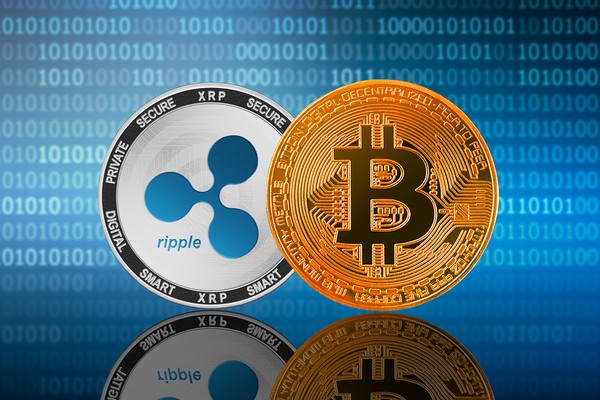 As far as Bitcoin is considered, a notable cryptocurrency analyst, The Cryptomist, said that Bitcoin might go through a momentary reversal. The analyst has provided through her Twitter account a distinctive series of Tweets and revealed Bitcoin’s present stance.

The analyst told her 42,800 followers that Bitcoin would be regaining the control over market capitalization for a short time. In a short period, the value of Bitcoin would descend and reach a final touch while it wedges for support. Once the bullish period of Bitcoin stops, the cryptocurrency will come tumbling down to $7,100, and this will happen sooner than anticipated.

The analyst also revealed that since October, she has been stating that Bitcoin’s price will hit bottom, but no one is believing in her price predictions. Currently, Bitcoin’s price is $7965.

The tale of XRP:

Chris Larsen, the co-founder of Ripple, says that he feels digital assets such as XRP have a bright future. Larsen noted that XRP would play a significant role in the movement of money across the globe.

Blockchain is an essential technology in the world to make use of digital assets. These currencies are incredibly crucial to reduce the rate of liquidity and grease the wheels to move valuable assets. According to Larsen, Yen, Dollar, & Euros are the dominant currencies in the world. However, they need digital assets for enabling easy translation from one valuable thing to another. Cryptocurrencies are the dependable supplement assets to move the economy around the world in an essential manner.

If regulation is transparent, then it would help cryptocurrency alongside fiat currency during exchanges. Even the cryptocurrency regulation of the US market is quite confusing and inconsistent. Most of the time, innovations that digital currencies can bring forward are usually put on hold. The innovators typically end up in a scenario where they need to hold back the technology and find a different place.

EOS was the first of its kind in the market; however, since the inception of Cardano, EOS has been facing a hard time as Cardano is superior to EOS in every way.

Weiss Ratings has completed the multi-day tweetstorm by putting forward the difference between Cardano and EOS. According to Weiss Ratings, EOS is facing problems with centralization. Additionally, the EOS ecosystem won’t be able to process the transactions for the people who do not have the necessary amount of EOS. The feeless structure of EOS is responsible for this problem.

Then EOS reintroduced its fees with the inception of REX, which is deemed to be stuck at maximum capacity. Weiss Ratings suggests that this led to the downfall of EOS and the rise of Cardano. If EOS would have done research when it was necessary, then EOS has suffered an enormous loss to Cardano.