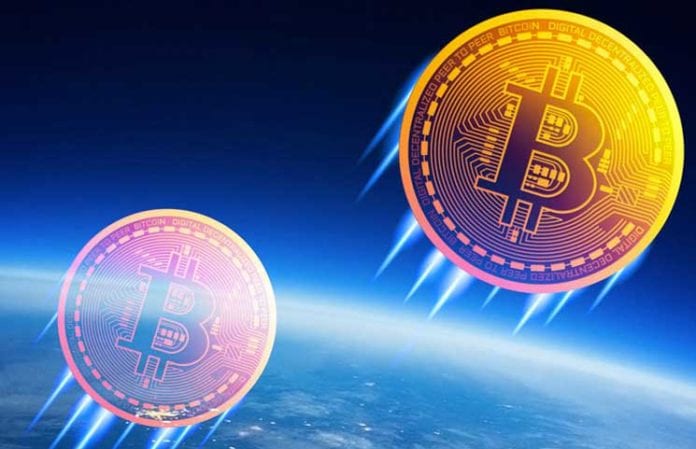 With Bitcoin’s price surge, there are lots of business related to cryptocurrency that benefited from it. As per the recent burst in the price of BTC, the world of cryptocurrencies turns green.

Earlier this week, cryptocurrencies made headlines due to Bitcoin’s sudden surge from $4200 to $5000. The reason for the same is still a mystery. While some say, it is due to an anonymous investor who helped Bitcoin to usher in the worlds of cryptocurrency. Within hours, the trading price of Bitcoin jumped to a whooping amount of $5000 which shows 20 percent increment. The huge surge of Bitcoin happened after November 2018.

The digital assets and coins rose higher with the sudden surge in the pricing of Bitcoin. Surprisingly, it is not the virtual currencies that made a profit, but other too. Other firms like blockchain and cryptocurrency related stocks went through considerable benefit from this event.

Currency oriented stocks in Asia gets influenced due to the sudden surge of Bitcoin. It spreads from west to east covering Asian trading. According to reports, Remixpoint, an energy conservation consultant firm who accepts Bitcoin as Payment also had benefited. This week, the firm saw a price jump of about 26 percent.

Another firm which goes by the name Vidente also climbs high. The broadcasting hardware company and crypto exchange investor saw a climb of 20 percent. It saw the climb since the start of this week.

However, the biotech firm recently posted a huge loss in the year 2018. The firm goes by the name Riot Blockchain who waved its path towards the cryptocurrency market after acquiring some small firms. The firm reportedly saw a little jump of 12 percent in its stock price. It is soothing news for the investors of Riot Blockchain. It is because with the news of huge loss became public, the trust of its investor began declining.

As for now, many speculate the progress of bitcoin in the digital market of cryptocurrency. Some say that it might take another 25 years of production to reach a total of 17.5 million coins for Bitcoin. Reports say that bitcoin is a very scarce asset when it comes to stock flow ratio. Bitcoin is speculated to reach $50,000 value in the year 2022.

The report found that, with the rapid surge in the pricing of Bitcoin, each bitcoin would reach around $50,000. Some predicted that the price might bump as high as compared to its current pricing. It would be in line with the trends of the market, analysts say.

The green signal also comes to US-based cryptocurrency related stocks. The small capital firms moved towards a positive end with the bursting of Bitcoin price. Facts and figures say, the firm went through a massive loss of about $136 million in the year 2018. The loss came to the firm in just nine months according to reports.