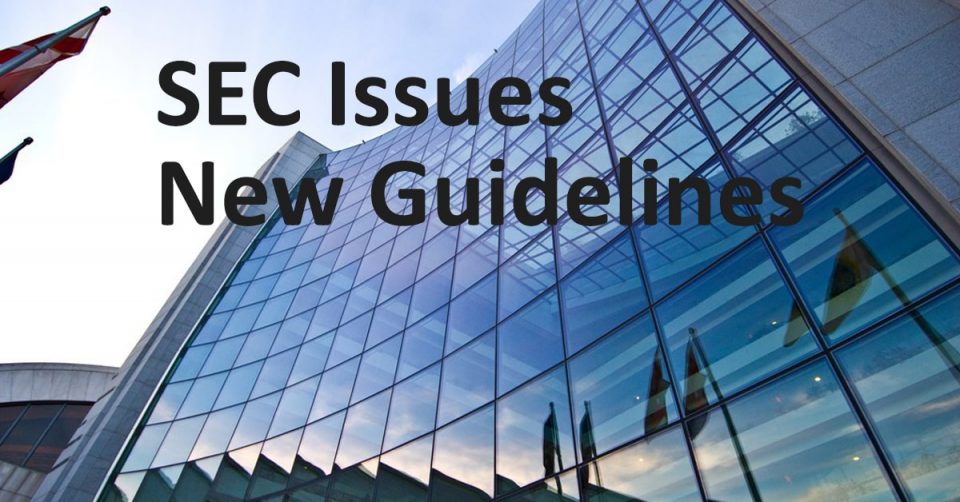 The United States Securities and Exchange Commission has issued some non-binding guidelines for the ICO crowdfunding and token sales initiatives. This has put out the base for an oppressive approach to digital assets. This, in turn, would favor the bearers at the cost of the emerging enterprises.

The ICO isn’t a great mode of fundraising. Fraudulent activities with fundraising are extremely common. Moreover, a lot of the token sales promoters were actually in it to gain personal enrichment. Paying attention to that, the SEC now aims in finding ways to safeguard investors. People need to applaud this, though its methods might be flawed.

Without the ICO no Ethereum can exist. The billion dollars economic value made the crowdfunding via the sale of a digital token might not exist. The whole Ethereum ecosystem doesn’t yet possess a commercially successful and obvious use case beyond making economic activity; still, it’s very transparent that Ethereum represents nascent empowering technologies, which can alter the world.

However, the newly issued guidelines will nix the Ethereum crowdsale.

Sometimes people who want to work on their ideas don’t have enough cash. Here, crowdfunding comes into the picture where the best ideas can get funded. That being said, equity crowdfunding does not signify to work for most entrepreneurs who are seeking funding for their ventures. This is the reason why entrepreneurs are seeking other alternatives.

There is profound global willpower in seeking a chance to invest in early-stage companies. The digital assets might not confer ownership rights. However, they have catered to the hunger for an opportunity to take part and receive profitability.

What is SEC Saying?

By the looks of it, most of the digital assets are sold at the time of ICO boom. The ICO boom is as dangerous as a crypto boom. This means that the people who sold such things have contravened the U.S. securities law.

The SEC issued a no-action statement for the TurnKeyJet token sale scheme on that day itself. Over time keeping up with the guidelines is going to be beneficial. No doubt the guidelines provide space for interpretation. Nevertheless, the final primary statement for those seeking to raise fund for building products is, NO.

The SEC is saying that making use of token sales for developing products may fall off the Howey test. And obviously, that is exactly what has happened with many token sales.

A legitimate sale of tokens is not an effort of crowdfunding anymore. It is just a method of asset tokenizing. The sellers are in for a treat. They are getting ample of advantages from both the aspect such as Retention of consumer loyalty and reduction of friction.

Things may look like they are heading towards a socialist ecosystem. It is a sheer shame that SEC gave green-light to the incumbents. It is highly likely that the executives chuckle while reading the guidelines.

Coinsquare are all set to launch eCAD, a Canadian Dollar-Pegged Stablecoin