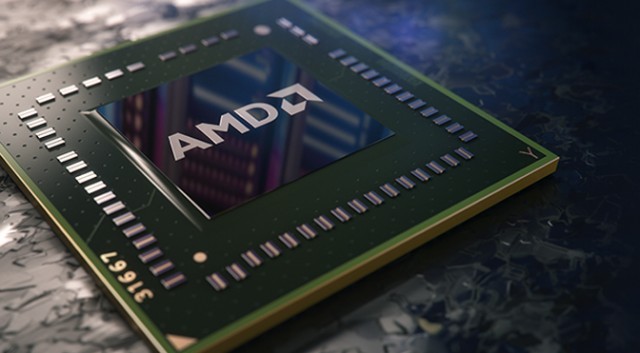 AMD (Advanced Micro Devices) and its CEO Lisa Su showcased how far they reached in winning the confidence of Wall Street. This is amazing news especially for a company which lacked trust for many years.

Grass isn’t so Green no More

AMD’s first quarter outlook and fourth quarter revenue were a little lower than expected. This would generally mean a big decline in the company’s volatile stock. Notably, rival firm Nvidia Corporation has already sent a revenue warning this week which has hit AMD’s volatile stock already.

However, the chipmaker’s shares increased by 9.1 percent in the extended session on Tuesday. The investors accepted AMD’s 2019 outlook with an increased revenue growth despite 24 percent fall in first-quarter revenue. The investors are indeed banking on AMD’s next-gen chips for data services and PCs. This is particularly true in case of EPYC chips for the servers which will be introduced later this year.

The investors did not invest much faith in AMD earlier. Su, who became AMD CEO four years ago, along with her team earned this newly discovered respect for the company. She introduced products with no execution problems, an issue which plagued the firm previously.

Su won such credibility with the company’s performance last year. In 2018, Su helped AMD produce most revenue and profit and reenter the server market. Besides, moves to challenge Nvidia were also initiated. So, when she predicted fair revenue and growth for AMD’s 2019 performance than what the analysts had expected, Wall Street believed her.

Still, there are some risks involved in being too sure about a massive second quarter. Some have been talking of data center showdown around the same time when AMD is trying to get back in the market. The previous week, Intel stated its revenue for its data center business might fall in single digits in the present quarter. Later, on Monday, Nvidia warned investors that its fourth-quarter revenue might lower by around $500mn. This is due to slow graphics cards sales in Nvidia’s data center and gaming markets.

These two companies, as well as other chipmakers, also look forward to having a strong 2019 second half. This somewhat gives faith to AMD’s viewpoint. When few analysts asked about the big second half, Su said it would be easy than the last two quarters.

The company expects to revamp in the second half of 2019. As such, it plans on a heavier weighting during that time.

Su, as well as Co. both, have assisted AMD in regaining a few Wall Street credits. However, there are still several potential economic factors which make weaken the investor confidence on them. AMD and other chipmakers hope to produce new products to rise above such issues in the latter half.

Investors and analysts would not trust AMD for years to surpass such issues and meet their forecasts. The surprising gains in the AMD stock on Tuesday depict it is truly a new time for the firm, with such an amazing CEO.

Tech in 2021: The Trends You Need to Know About