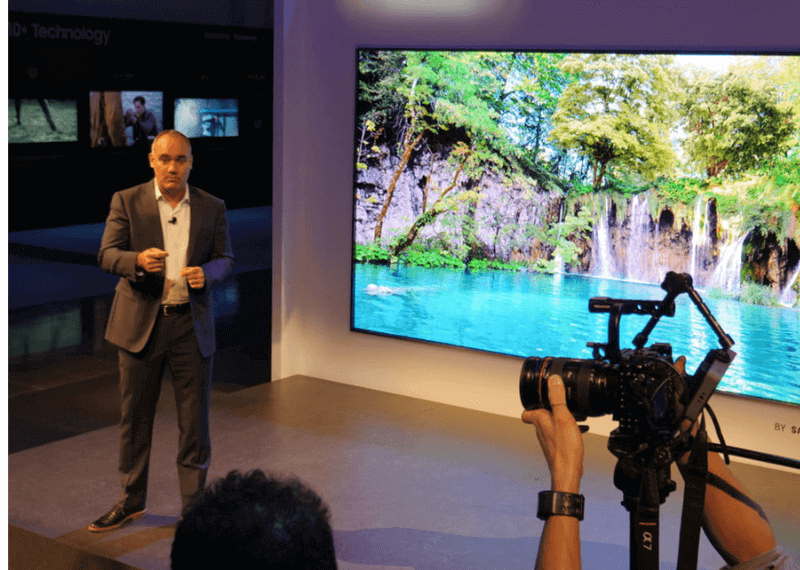 It has become like a rule for new flagship TVs to make their debut at the CES (Consumer Electronics Show). Likewise, it was no surprise to have Samsung demonstrate new MicroLED TVs at an event just ahead of the CES 2019. The MicroLED is the newest television display technology in the last ten years and is sure to rival LCD and OLED display in the days to come. And well, the new Samsung gadgets are not a disappointment.

The Korean company unveiled two new MicroLED Television displays at the event: The Wall and The Window. Samsung’s 75 inches MicroLED TV, which made a debut in the previous year, was a The Wall version. However, the two new ones are completely different. The Wall is 219 inches when measured diagonally. The thing that makes these two displays different is their capability to reconfigure to any aspect ratio, resolution, shape, and size, say whether it’s 21:9 or 32:0. 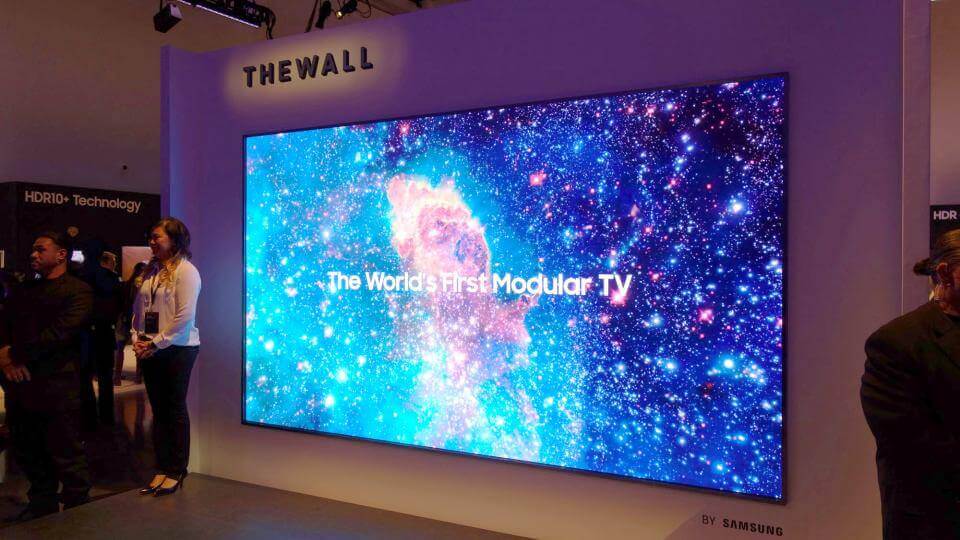 MicroLED is an underlying display technology which merges millions of small LEDs to generate a superb image. MicroLED concerts micrometer scale LEDs to LED modules which produce an incredible visual experience when mounted together and plugged in. It makes a promise of creating amazing image quality like of OLED owing to its better black level technology. Besides the quality of the image, the MicroLED technology developed by Samsung is modular.

The company also says that the MicroLED technology of The Wall has twice the color purity as well as wider color range compared to the LED displays. Well, only time will show if these claims are true or not. But during the demo launch of the MicroLED in Bristlecone Ballroom, the technology did not look good.

It is the same technology present inside the Samsung 75 inch MicroLED TV with the 4K resolution which was also on show at the CED. Though it doesn’t likely have the ‘wow’ factor like The Wall and The Window, still it is a good TV set in some ways like its color, and brightness are somewhat similar to its siblings. And more importantly, the TV is not that big to fit in a living room. 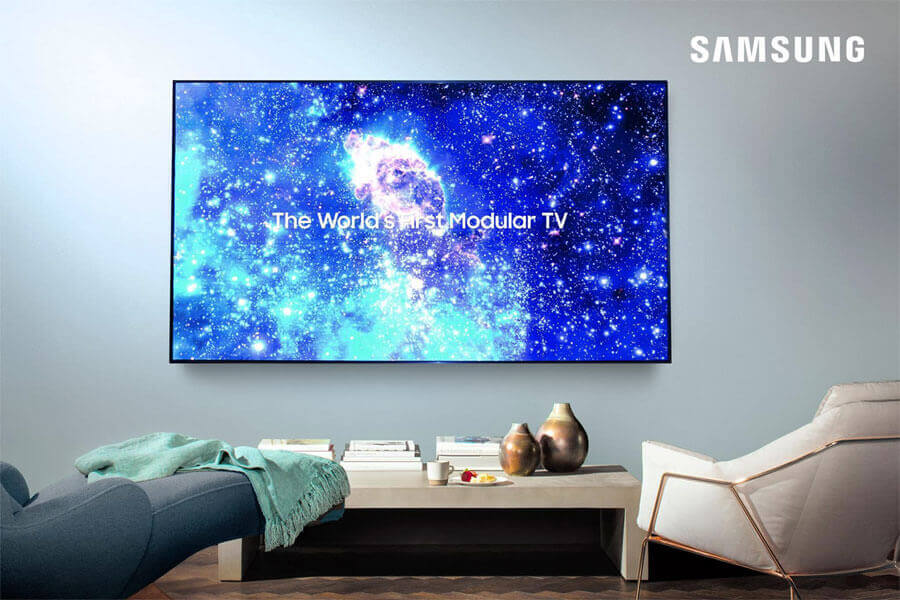 The Wait For Getting Your Hands On It It Seems To Be Quite Long!

When these television sets make it to the airports, stores, homes or other venues is still unclear. But stay rest assured as you will be able to experience the amazing visual experience they offer surely whenever they are launched. It’s pretty hard to miss!

Besides the demonstration of these new MicroLED TVs, Samsung also announced that the consumer television lineup of the company for the year 2019 would come with Google Assistant and Amazon Alexa support. The users will then be able to control the upcoming QLED TVs of the company using this intelligent assistant, only if they happen to use any smart speaker that is.

The televisions will not come with a built-in Google Assistant or Alexa as Samsung’s Bixby will continue to stay the only assistant. Bixby will only be able to support power toggling, volume controls, input switching as well as application launching through the smart speakers such as Amazon Echo and Google Home.