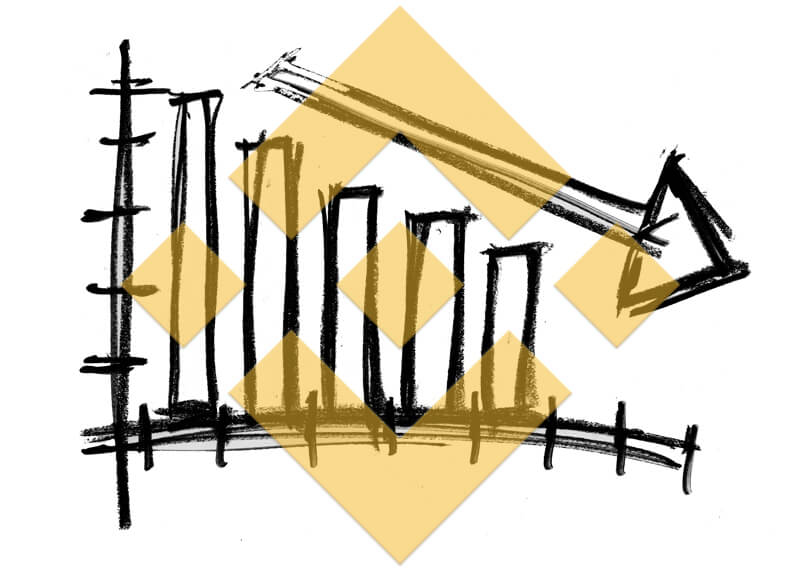 On October 9th, 2018 Binance, one of the largest cryptocurrency exchanges, announced the delisting of four cryptocurrencies from their exchange until further notice.

Stating the reason behind this decision, a spokesperson revealed: “Binance team has always put the safety and security of their users first and this is the sole reason for removing four cryptocurrencies named ChatCoin (CHAT), ByteCoin (BCN), Triggers (TRIG), Iconomi (ICN).” The recent release of this notice led to the crashing of coins.

In a press release, the team has stated the same. For any company, the safety of their users should be the prime concern and Binance is highly dedicated to providing that safety for the users. And in order to maintain the safety standard, they conduct regular comprehensive reviews on the digital assets that are listed on the platform.

They also mentioned that if a particular coin’s quality reduces below a certain point, then an in-depth review will be conducted on the coin or the coin will even be delisted from the platform itself. This practice will help them in maintaining a certain quality and reputation.

Delisting Led To a Crash

It has been a common thing that when any major exchange platform announces any delisting, some coins will face the crash. The same happened yesterday too. The announcement of delisting led to a major crash. This is a live example showing how important the listings are for the cryptocurrencies.

ChatCoin value has been decreased by 30% since the announcement of the delisting. It has been traded at $0.016 per coin. Binance market has paired with the CHAT accounting for $4.9 million trading volume out of $7.54 million on the platform in past 24 hours.

Bytecoin faced a decline of 22% of its original value. It has been trading at 0.017. Binance market paired up with BCN accounting for $10.85 million trading volume out of $18.73 million on the platform in the past 24 hours.

Triggers noticed a decline of 49% since the delisting announcement. It was trading at $10.155. Binance market paired up with TRIG accounting for 100% of the $9.82 million trading volume on the platform in the past 24 hours.

Iconomi has faced least decline when compared to all the other coins. It faced a decline of 9% trading at $0.36. Binance market paired up with ICN accounting for $1.25 million out of $1.65 million trading volume on the platform in the past 24 hours.

Although the company hasn’t stated the exact details for the delisting, they indirectly provided a list of ideal quality standards that must be reached by each and every coin that is willing to list on their platform. Some of the factors that must be maintained by the cryptocurrencies are mentioned below

Coins are Delisted Until any Further Notice

Binance announced that they are delisting the four cryptocurrencies as they didn’t follow the company’s above-mentioned criteria. The coins are delisted from the platform from 10:00 am of October 12, 2018, and the delisting will be continued till 10:00 am of November 12, 2018.

They stated that this move has been made to create a healthy crypto ecosystem. In the end, Binance has stated that they will continue protecting their users and will make sure that they are safe by performing regular reviews on all the cryptocurrencies that are exchanged on their platform.

In other news, the Binance has stated that all the fees that they will collect for listing coins will be donated to the charity and they have also announced another decentralized platform which will be launched by the end of 2018. In that platform, the Binance Token (BNB) will be used as an operational token that will help in powering the smart contracts on the platform.