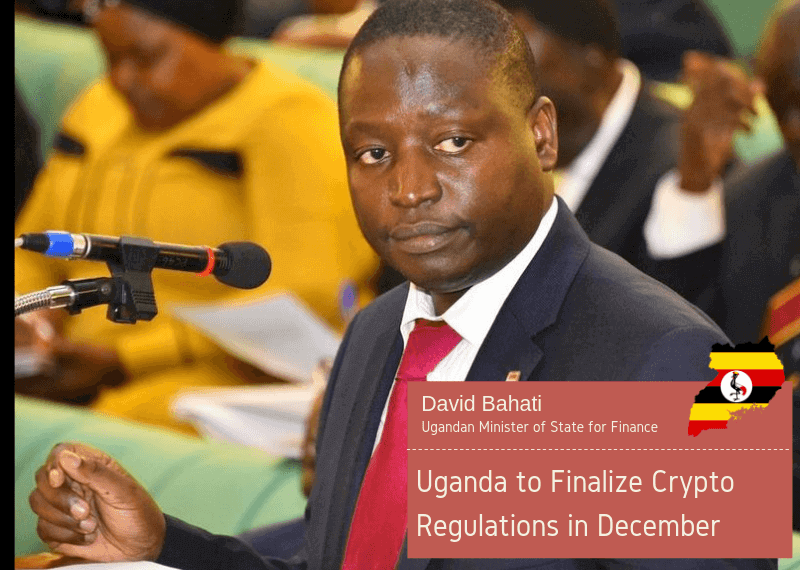 The Bitcoin-related scams in Uganda have reportedly increased in the years and the government of the country has decided to set a framework regulating the industry within its frontier.

The Government of Uganda recently announced that this regulation will mainly target the investment schemes and the bitcoin-related startups within the nation.

David Bahati, the Uganda Minister of State for Finance recently stated that many people in the country have been falling prey to fraudulent schemes.

Recently, the authorities in the country found out a Ponzi bitcoin-related scheme called D9 Club that lured the investors of high returns on their investments. In the due course of time, the firm ceased its services and the people who were running the firm were on the run.

The minister further said that the government has currently has finalized a bill on national payments, which will be submitted next month in the parliament for approval. He also added that earlier in October, the Cabinet had approved the National Payment System bill and he intends to bring it to the parliament in December so that it caters for all these forms of the virtual financial transactions.

According to the report, the minister did not give any specific details on how the new rules will be implemented in the country.

Mathias Mpuuga, a member of the parliament has requested the minister to explain regarding how the ministry is planning to curb the effect of the fraudulent digital currency firms in the nation.

Mathias particularly pointed to a pyramid scheme called Telex Free which made sure that thousands of citizens in the country lost hundreds of thousands of dollars. He also revealed that this particular scheme deceived some legislators of the country as well.

He also said there are many firms emerging as digital currency dealers such as namecoin, bitcoin, and ripcoin. It is a challenge for the government as there are no legal frameworks to supervise these firms.

Mathias concluded by saying that it is very important to make sure that the crypto industry in the nation is completely regulated.