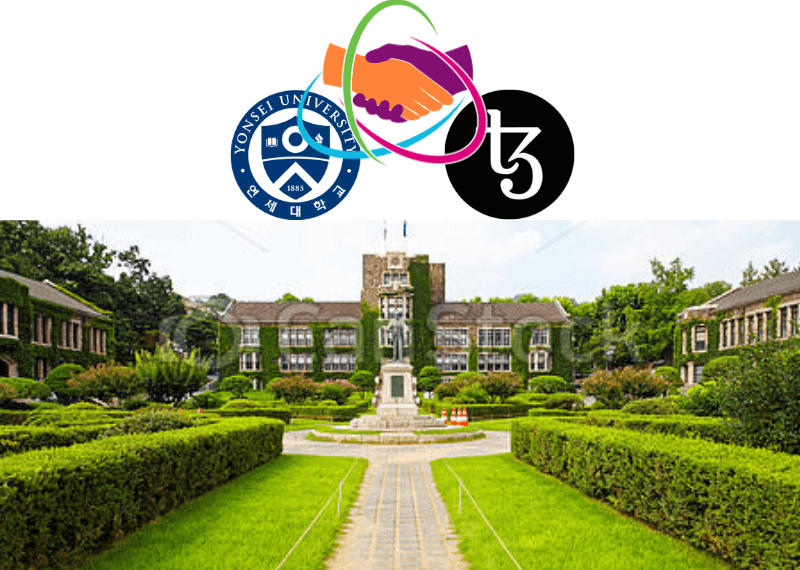 According to a press release published by Tezos, the South Korean branch of the Foundation has joined the forces with Yonsei University for the development of unique expertise and talent in blockchain technology.

As per the latest blockchain news the Foundation has signed a Memorandum of Understanding (MOU) with the Seoul-based Yonsei University Digital Society Research Center to promote the blockchain technology and to develop the industrial sector.

The main purpose of this agreement is to develop blockchain education cooperation, smart contract experts, training of OCaml, exchange of academic data and the exchange of research results.

The press release further stated that via this business agreement, both the entities will strengthen the expertise of education and blockchain. They will further discuss many cooperation opportunities for leading the blockchain sector.

Earlier this year, the Foundation announced a call for grant proposals before providing help to four separate organizations for the development of the blockchain and smart contracts. Last month, the three other grantees Ackee, Papers, an active developer and contributor Luiz Milfont were given funds for the development of apps and tools.

A Brazilian-based IT developer Milfont was selected for his contributions to the blockchain field. He built the TezosJ SDK library, which helps Android developers to create apps that will operate well with their Tezos blockchain. Thus, he is believed to build more libraries that will aid ensure a more seamless use of Tezos as a tool for platform and software development.

Ackee, on the other hand, will aid to create a Tezos development kit for the iOS platform. And Papers which is a crypto wallet will make use of the grant money to build an open-source library which will also be made available for use as a development toolkit.

In summer this year, the Tezos Foundation also signed up with one of the four largest providers of professional networks PwC (PricewaterhouseCoopers) to carry out an external audit of its finances and operations.

What do you think of the Collaboration between Tezos and Yonsei University? Let us know in the comments.

A handy guide to investing in cryptocurrencies