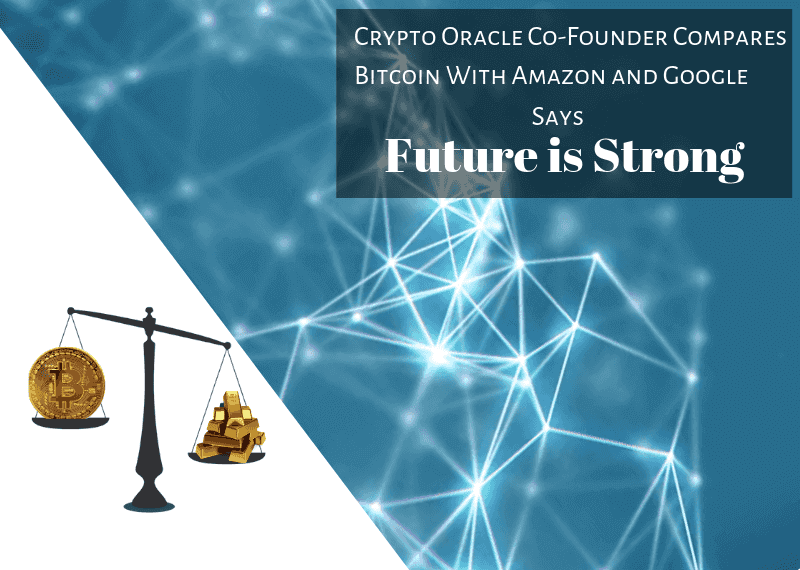 1 Bitcoin was worth over 19,000 US Dollars in December 2017, and just about a year later, the cryptocurrency has lost about 80% of its market value.

So, is Bitcoin and cryptocurrency dead?

“No”, says CryptoOracle co-founder Lou Kerner. Kerner commented on Bitcoin’s future saying that the cryptocurrency “will only progress from here on out”.

Kerner also compared the current highs and lows of Bitcoin’s market value to Amazon losing almost 95% of its market value during the dot-com bubble when the market value of Amazon shot up from $8 to $300 and fell back to $6 within just 18 months.

He also stated that the ICO part of cryptocurrency business has been on a decline since 2018 started.

However, according to Kerner “improving investment conditions in the utility part of cryptocurrency business will take the technology forward”.

He also compared to the future of cryptocurrencies to that of frequent flyer program by airlines.

When asked about the regulatory decisions put for and against Bitcoin and cryptocurrencies around the world, Kerner compared to what Google is facing in China by saying

“The regulatory authorities need to decide whether they are going to roll out the red tape or the red carpet for cryptocurrencies. Take the example of China and Google. Being banned in China has not stopped Google from becoming a technological superpower. It would be bigger if the regulations were lifted.”

He also stated that Amara’s law is very relevant in the case of Bitcoin and cryptocurrencies in general.

Roy Amara was a computer scientist at the Stanford University who coined a law stating “We tend to overestimate the impact of new technology in the short run, but we underestimate it in the long run.”

When asked about the perfect investment strategy while investing in Bitcoin, he said “I think it’s a store of value. I think it’s the greatest store of value ever created. It should surpass gold over time. It won’t happen overnight”.

Finally, he also stated that the main reason Bitcoin and cryptocurrency is a highly volatile investment is that it lacks an underlying value apart from the confidence of buyers.