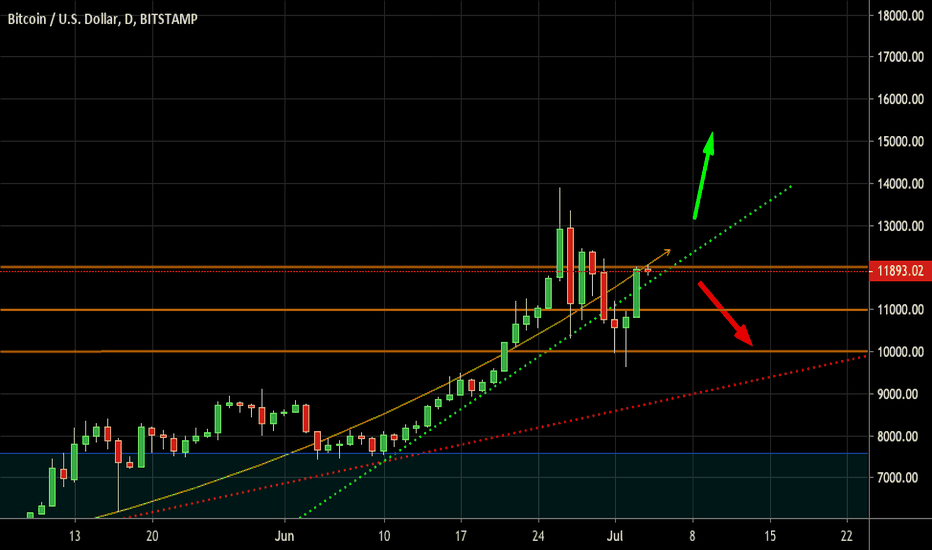 The popular cryptocurrency Bitcoin, on 10th July, has reached $13,000 again this year. The crypto market has given a new reason to celebrate for cryptocurrency holders and traders.  As per the data published by Coin360, BTC hits $13,000 in the first half of trading hours on Wednesday. Besides, the pair BTC and USD reclaiming almost $1,000 in just one day.

Well, initially, some professional analysts warned that a significant correction might take place as Bitcoin closed under $11,450 on Tuesday. But the new report came as a great surprise. Right now, the graph is trending upward. On the other side, Josh Rager, the regular commentator watching Bitcoin’s July close report closely.

He stated that the close is still a few days away, but it can’t be denied the bullishness. Don’t know if Bitcoin can cross the previous monthly end at $13863. He twitted this through his official Twitter account. As per the report, BTC had fallen to around $12,950. But it is now rising at a weekly at a 12.9 percent rate. On the other side, all the crypto investors have witnessed 68 percent of decent growth in BTC.

The new BTC price coincided with information which shows the risk the United States of entering a recession and the condition is quite severe since the year 2008’s financial crisis. Tracy Alloway, a Bloomberg journalist, give the data. Tracy uploaded the latest data from the Recession Indicator of the New York Fed.

Performance of other cryptocurrencies

Furthermore, Bitcoin regained a record share in the market of cryptocurrency after a long gap. The market share is capped at 65.1 percent. Such a thing was last seen in April 2017. As all the attention are now on Bitcoin, Altcoins have suffered considerable losses in the crypto market. It is predicted that the condition may remain the same for a few more days. On the other side, Ethereum cryptocurrency hit at $309 with 2.3 percent declining rate. Other cryptocurrencies have also suffered the same amount of loss. However, Bitfinex’sUnusSed Leo (LEO) has managed to gain some points. Besides, XTZZ- Tezos also has performed well.

There is no doubt that Bitcoin is now trading amazingly since the last 2 to 3 days. The recent hit has enticed the investors. But some experts have considered this as a sign of the downward feature of Bitcoin. The new market analysis statistics also informed the same.

Right now, Bitcoin is performing quite better with a trading price, which is 12 percent more than the cost of the last five days. It is further estimated that by the end of this year, Bitcoin may trade about $16,000 to $20,000 if all go well.