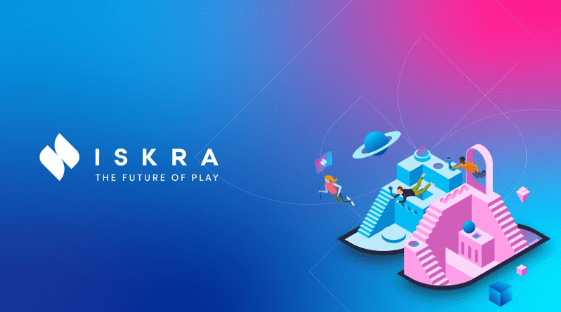 Iskra, a crypto startup that intends to connect the gaming industry with blockchain through Web3 services, surprised industry experts and specialists as it broke the news of $34 million backing from major crypto and gaming investment firms.

Intending to bring about a revolution in the digital gaming arena by converging traditional games, blockchain, programmers and communities, Iskra is poised to exploit Web3.0 capabilities. Its leadership team experience in both blockchain and games, combined with the potential to unlock millions in the gaming economy is what led to the major funding.

The $34 million worth of funding is just the first step in Iskra’s plan to tap into the sustainable Web3.0 gaming experience. The backing amount, while being a sizable number, comes from the biggest names in the industry. The funding round was led by Krust Universe, the sister firm of the South Korean tech giant Kakao. Other investors also include other big names such as Fast Ventures, MetaBora, WeMade, NKN Bigfoot, Liberty Investments and Kakao Ventures.

Talking on the backing Iskra, Junghoon Kim, the Chief Investment Officer explained the reason behind such as large investment and why it was the largest contributor,

“Iskra is well aligned with the 2.0 strategy of Klaytn, a Krust portfolio, in which Klaytn becomes a blockchain of choice for GameFi and metaverse.”

“We chose to invest in Iskra because we identify strong synergy between their ecosystem and ours. Together, we will take the blockchain and Web3 gaming industry to the next level.”

The funding would be majorly used to develop and expand the community platform of Iskra, including the acquisition of decentralized games in the South Korean market.

Startup, But Not Novice

The sudden major investment in Iskra had the global market initially confused as a large amount of money being injected into a startup is a bit strange, but a closer look at the firm shows that this is not the case.

Iskra is a new face in the industry, but the team behind the platform are not. The core team members are highly recognized in their sphere, including people who have worked in the most advanced blockchain and tech firms in South Korea, such as Line and Icon Loop. Many members of the team are also veterans of the game industry with a stream of successful exits.

Junghoon Kim went on to explain that it was not just the team and its experience, but a practical demonstration of their capabilities that attracted Krust Universe,

“Iskra is a seasoned team that can combine the best of blockchain and games. During our incubation, the team successfully built a model that incentivizes various stakeholders in the community.”

On the occasion of the investment, CEO and Founder Eugene Lee was grateful for the trust shown by the backers and said,

“We are excited that Krust, WeMade, and the rest of our investors trust my team and I to execute on our vision of a community-forward system that aligns interests by rewarding its stakeholders based on participation while integrating sustainable tokenomic solutions for game developers to the platform. This investment will not only bring capital but also their domain expertise and network to help expand the reach of Iskra’s platform,”

Iskra and its team have a lot more planned in the future.  The platform also has plans to launch a $200 million fund to help game developers deploy their next-generation Web3.0 creations.

Gamepad.co – The Project That Will Boost GameFi and the Metaverse