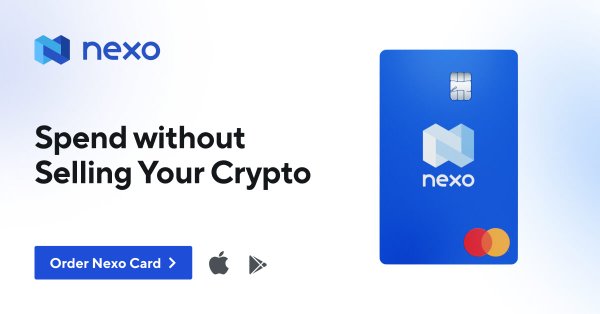 An established cryptocurrency asset manager has just released a debit card called the Nexo Card. In some European countries, the card is the first of its kind, backed by cryptocurrency and issued by MasterCard.

Nexo has partnered with MasterCard and DiPocket for the launch. More than 92 million merchants around the world can now offer their customers cryptocurrency-powered liquidity thanks to this partnership.

As digital assets become more widely accepted, this is a sign of the growing cooperation between crypto and established financial networks.

Customers will be able to spend their digital assets, such as bitcoin, which are used as collateral to back the credit granted with the card, according to Nexo. The card will initially be available in selected European countries.

Welcome the only card that lets you spend the value of your #crypto without selling it!#Hodl while you spend with thе one-of-a-kind Nexo Card linked directly with your Instant Crypto Credit Line!

The Benefits of the Card

Investors can spend up to 90% of the fiat value of their crypto assets with the card, which is linked to a Nexo-provided, crypto-backed credit line and accepted at any of the 92 million merchants worldwide that accept Mastercard.

The Nexo Card is linked to a Nexo credit line backed by cryptocurrency that has no interest. Digital assets can be used as collateral instead of being sold.

The announcement stated that the credit line could use a variety of assets as collateral, including bitcoin, Ethereum, and tether.

There are no monthly or inactivity fees, and there are no minimum repayments. As a bonus, there are no fees for foreign exchange (FX) transactions up to 20,000 euros (approximately $22,000) per month.

Acceptance of the card worldwide

More than 90 million Mastercard-enabled merchant locations around the world accept the new cards. Customers with a loan-to-value (LTV) ratio of less than 20% are eligible for Nexo’s zero-cost credit.

Innovative DeFi Platform MappedSwap Introduces Back to Back Two Campaigns. Free MST and USDM for Participants