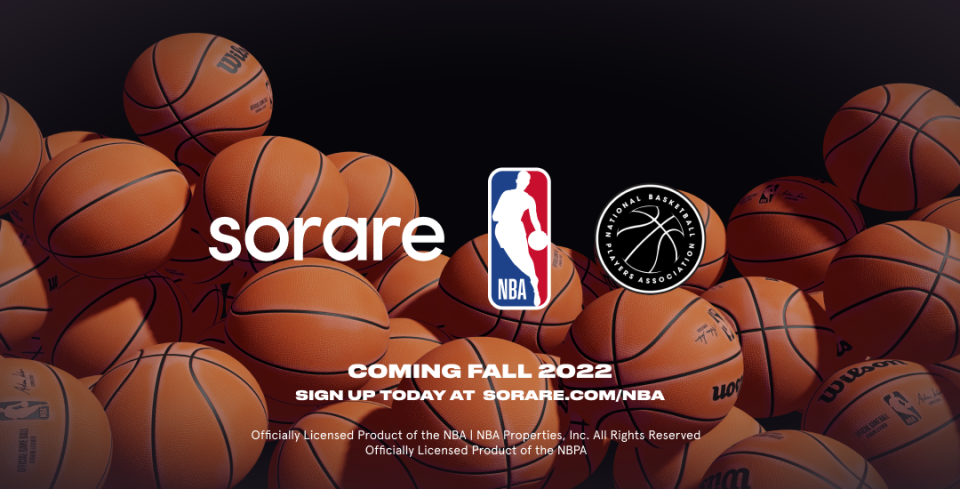 The NBA and the NBA Players Association (NBPA) have announced a collaboration with Web3 business  Sorare to create the first NFT-based fantasy basketball game.

Through this long-term collaboration, Sorare will be able to introduce a fantasy basketball game based on the NFT in autumn. The game will be called Sorare: NBA.

What Will Be Included in This Game?

Sorare will provide virtual basketball player cards that can be purchased and traded, just like in previous Sorare titles. After that, users can create basketball lineups and earn points based on their performance in actual games.

There have been previous experiences with NFT in the NBA. Dapper Labs has converted beloved NBA moments into non-fungible tokens through their game NBA Top Shot. In the digital world, high-quality images are traded and purchased; prices fluctuate over time.

There are two million registered users on Sorare; however, they are mostly from Europe and Asia. The company may be able to gain the attention of existing NBA Top Shot users. In addition, this new venture offers the startup a fantastic opportunity to reach out to American consumers.

In celebration of our @NBA x @theNBPA partnership, we’re giving YOU the chance to win NBA Opening Week tickets. 🎟🏀

When Sorare revealed a $680 million Series B investment round last year, the company had a value of $4.3 billion. The round was co-led by SoftBank’s Vision Fund 2 and included participation from Atomico, IVP, D1 Capital, Eurazeo, Bessemer Ventures, and Liontree.

With the help of Starkware, the firm switched to ZK rollup. As a result, consumers can buy and sell cards more quickly, and transaction costs remain low. Sorare makes money by issuing new cards on its platform. After that, players can add these new cards to their collections by purchasing them.

After a Severe Dip in a Strong Dollar, Bitcoin and Ethereum Are Enjoying Support

RBI will Begin a Retail Digital Rupee Pilot on December 1