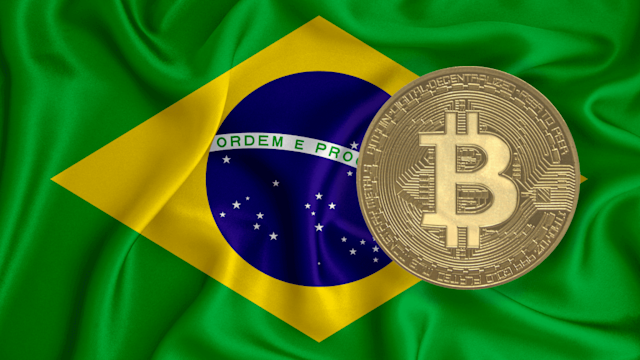 Bitcoin as a medium of payment is neither authorized nor regulated in many countries. The Latin American country of Brazil made some significant progress in providing certain legal rules and guidelines for the purpose of clarification on the regulation of digital currencies.

New policies of the Central Bank of Brazil help to regulate transactions in the crypto market. The global cryptocurrency exchange Binance suspended withdrawals and deposits in Brazilian reals through the government’s payment network Pix because of Brazil’s new Central Bank Policy.

💥BRAZIL: Bill introduced for #Bitcoin and crypto to be recognized as means of payment! 🙌

Paulo Martins, the federal deputy of Brazil, recently proposed amending Brazilian legislation to allow cryptocurrencies to be used for payments without conferring legal currency status on them.

The proposal of the amendment to existing laws for regulating cryptocurrencies would legalize cryptocurrency payments while also safeguarding private keys.

The proposed legislation, or bill, which has yet to be passed in their parliament, is an addition to the existing Brazilian law, which will not only make cryptocurrency legal payment in the country but will also make it a formally enforceable financial asset for investment and other purposes, empowering the courts to seize these assets.

The courts’ power to collect cryptocurrency

The proposed bill would also include the alternative choice of collecting and paying off the debt with cryptocurrency through the courts, highlighting the steps that must be taken to use this technology.

First, the bill provides protection for users’ encryption information known as “private keys” by clearly defining that courts will never have access to them.

Nevertheless, it states that in the particular instance of crypto stored on exchanges, the exchanges would’ve been forced to block the debtor’s holdings.

The proposed amendment would enhance virtual currencies to the status of capital assets, allowing them to be used for investment opportunities and other purposes. According to the deputy, Paulo Martins, the proposal would give the legal system additional powers over cryptocurrencies.

It’s a time-consuming procedure to amend certain laws and enact them properly. It is being debated in the country’s legislative chamber, the Chamber of Deputies, how long it will take to amend the existing Brazilian Law. It is supposed to be a very long process, and things might have radically transformed by then.