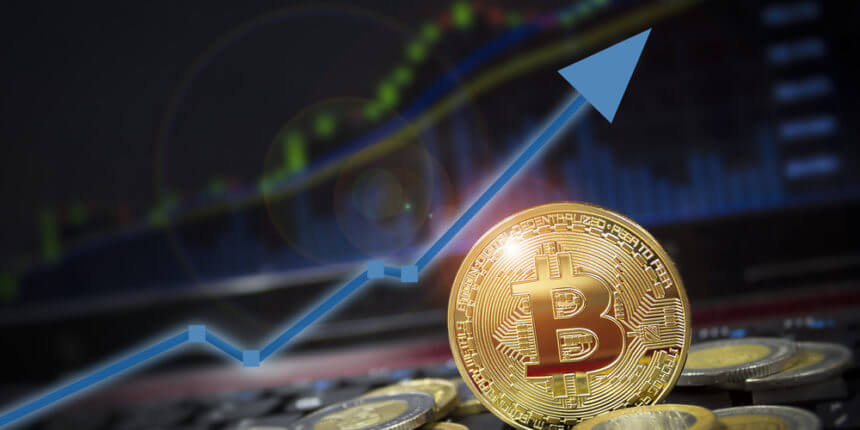 Bitcoin breaks out short term pattern of consolidation to overcome resistance at 8,300 dollars to reach 8,400 dollars. As per data, Bitcoin touched 8,580 before settling at $8,540. With this, many analysts speculate it as a sign of bullish race continuity. It also means the possibility of the race to soar higher.

As per analysts, Bitcoin’s climbed above $8,400 would turn out to be monumental. To support the idea, cryptoanalysts come forward to notify the speculations. A popular analyst and Level’s team member, Josh Rager, notes some similar facts. According to him, if Bitcoin settles above 8,300 dollars in a few hours, it will advance towards $9,600. Interestingly, Rager is not alone in the boat of such speculations.

On the other hand, IEOs sees massive success and Bitfinex made around 1 billion dollars from investors. Hence, more line ups coming for IEOs because Binance has an eye for it.

Funnily, some postulated the sale of tokens by LEO as a detriment for crypto-market. Similarly, Tom Lee explains the token worth of 1 billion dollars can have negative impacts on Bitcoins and altcoins. Lee is the head of research of Fundstrat.

Similarly, Crypto Rand, a popular analyst, sees a concise pattern for Bitcoin. And, he expects the world’s leading cryptocurrency, Bitcoin to trade in the current triangle. Bitcoin will trade in this pattern for the upcoming month before breaking the level of $10,000. The analyst also highlights the key resistance that can hold Bitcoin back to reach above the auspicious level. Crypto Rand highlights the band of 8,300 dollars to 8,400 dollars to be the only resistance. So, in his recent Twitter post, he writes that Bitcoin is heating up to reach $10K.

Some industry publications hint famous figures support the idea of Bitcoin’s bullish race to soar high. Similarly, Alex Mashinsky expects Bitcoin to tap 10 thousand dollars. As per matter of fact, Mashinsky is the founder of Celsius, a crypto startup. He is also responsible for early development of Voice over Internet Protocol. The fact that certain platforms have long-to-short ratios, some need to cover respective positions yet.

Alex Mashinsky thinks they are going above 10,000

In his conclusion, Alex Mashinsky said that he thinks they are going above 10,000. It is because those on short size will squeeze. However, they did not witness the pain and their coverage of positions. So, when they cover, they will certainly buy BTC.

Moreover, the upward momentum of Bitcoin for short terms slows down. But, still, analysts and speculators wait till Bitcoin settles for daily and weekly. And, they will determine the recent momentum with the help of closings.

Previously, Bitcoin gave hints of returning its bulls. The Chief Executive of BitMEX, Arthur Hayes, suggested the recent boom of IEO as a sign of returning bulls. He explained IEO is a spiritual successor of ICOs. Hence, it proved to be a huge catalyst responsible for Bitcoin and Ethereum price hike in 2017.

While Hayes acknowledges the craze to be sick, he also adds Bitfinex’s confirmation that they are good on it.

What are the tips to learn bitcoin marketing?