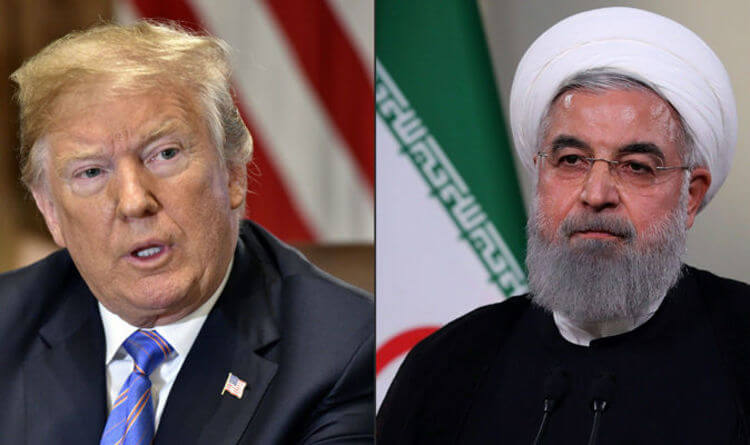 Economic sanctions and embargoes are imposed by the federal government of the United States against countries or their activities. The primary reasoning offered is that ‘the state of Iran sponsors terrorism.’ However, the samaritans well-aware with the geopolitics and the American mideast diplomacy from the past-four decades would easily testify with the pro-Israeli American agenda as well as the neo-imperial motives for the Dollar-Empire. As of now, there are numerous other sovereign states that’re facing intense economic pressure due to similar American sanctions – Belarus, Burma, Balkans, Cote D’Ivoire, Cuba, Democratic Republic of Congo, Iran, Russia, Zimbabwe, Sudan and Syria.

The sanctions against Iran involve an embargo on all economic activities. From banning Iranian import to restrictions on aircraft or repairs-parts-sale, arms embargoes, and more importantly ensuring a blanket-ban on major Iranian financial institutions from conducting business globally.

Additionally, the sanctions restrict purchase of USD, trading in gold and other precious metals, sale of oil and petrochemical products. In short, any country involved in business with Iran will not be doing business with U.S.

The US sanctions on Iran have resulted in a triple-digit inflation and deteriorating economic conditions. These sanctions shut Iran out of the global financial system. Following that, some of the banks in Iran were barred from SWIFT (Belgian based financial messaging system that facilitates cross border transactions, connecting more than 11,000 banks, financial institutions and corporations of about 200 countries and territories in the world).

Meaning, the inability to pay for imports or receive payments for exports, as the essential impact of the sanctions has devalued the Iranian Rial. It stands today as 42,000 Rial equivalent to a Dollar. The sanctions have financially crippled the Iranian economy, forcing the Republic to explore alternative ways of transacting.

The Entry-Point for Cryptos

In response to the American sanctions, The Republic of Iran organized a two-day annual Electronic Banking and Payment Systems conference in Tehran with a simple purpose of creating a stable state-backed cryptocurrency.

Rumours suggest, Iran was to unveil its own state-backed cryptocurrency at this conference to circumvent United States sanctions. However, the picture is not very clear at the moment, as not much information has been revealed.

Iran currently has a population of more than 80 million people with the majority being the young and educated generation. As a result,

With its own cryptographic currency system, Iran aims to circumvent U.S. sanctions. Like all sovereign states, it too wants to conduct business on an equal standing and fair basis. The Central Bank of Iran will announce the framework by the end of march.

How much work is still left in cryptocurrency? (The Uncertain)

As per the report, the topics discussed or spoken about at the conference were based on Blockchain Technology and Distributed Ledgers, Cryptocurrencies, Alternative Payment systems, Payments, Open banking and Financial Technologies, Fraud, money laundering and scam (ways to deal with it), and Digital evolution.

A state of flux for Iranian Crypto-ecosystem: Conference Review

As per Mohammad Talebi (Secretary General, Central Bank of Iran), the takeaways from the Electronic Banking and payment systems conference are –

“Who said what? Know it here!” 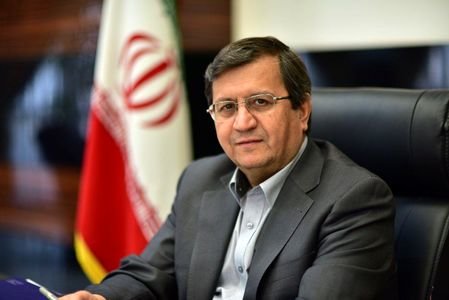 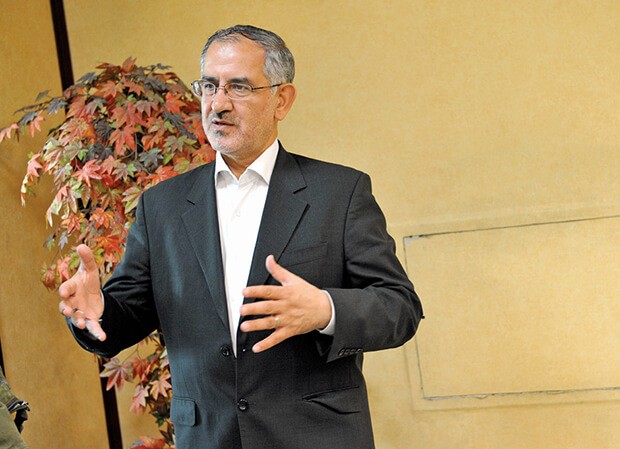 Iran’s deputy minister of telecommunications and information technology, Nasrollah Jahangard said that “Fintech has brought about major changes in the banking and monetary services. He also pointed out that Iran ranks second in the world for energy resources and is becoming the most powerful country in the world”. 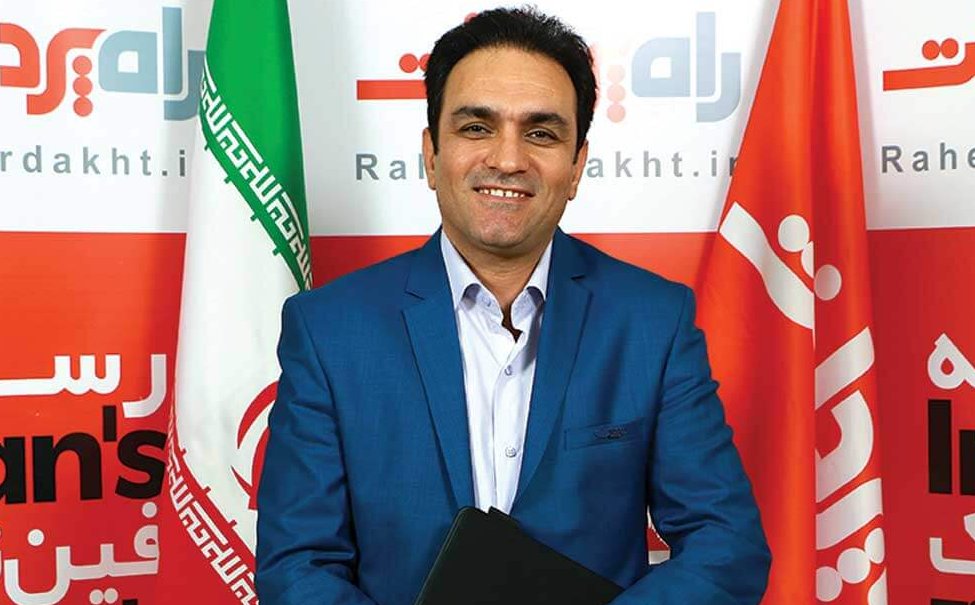 Mohammad Mazaheri said that “the blockchain revolution and digital development will shape the future and cryptocurrency will take over fiat currency in the next decade“.

Carsten Barch from the public relation department of the monetary and banking research institution said, that “the next step in banking is not a revolution but a transformation to blockchain technology. He added, “With Blockchain, we can solve a lot of tracking and security problems in the banking system, while cutting costs”. 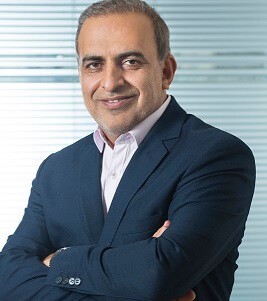 Valiollah Fatemi Ardakani, an e-banking specialist said that “blockchain technology will be a life saviour and it can be utilized in e-commerce, intelligent contracts, information recording and payment tools“. 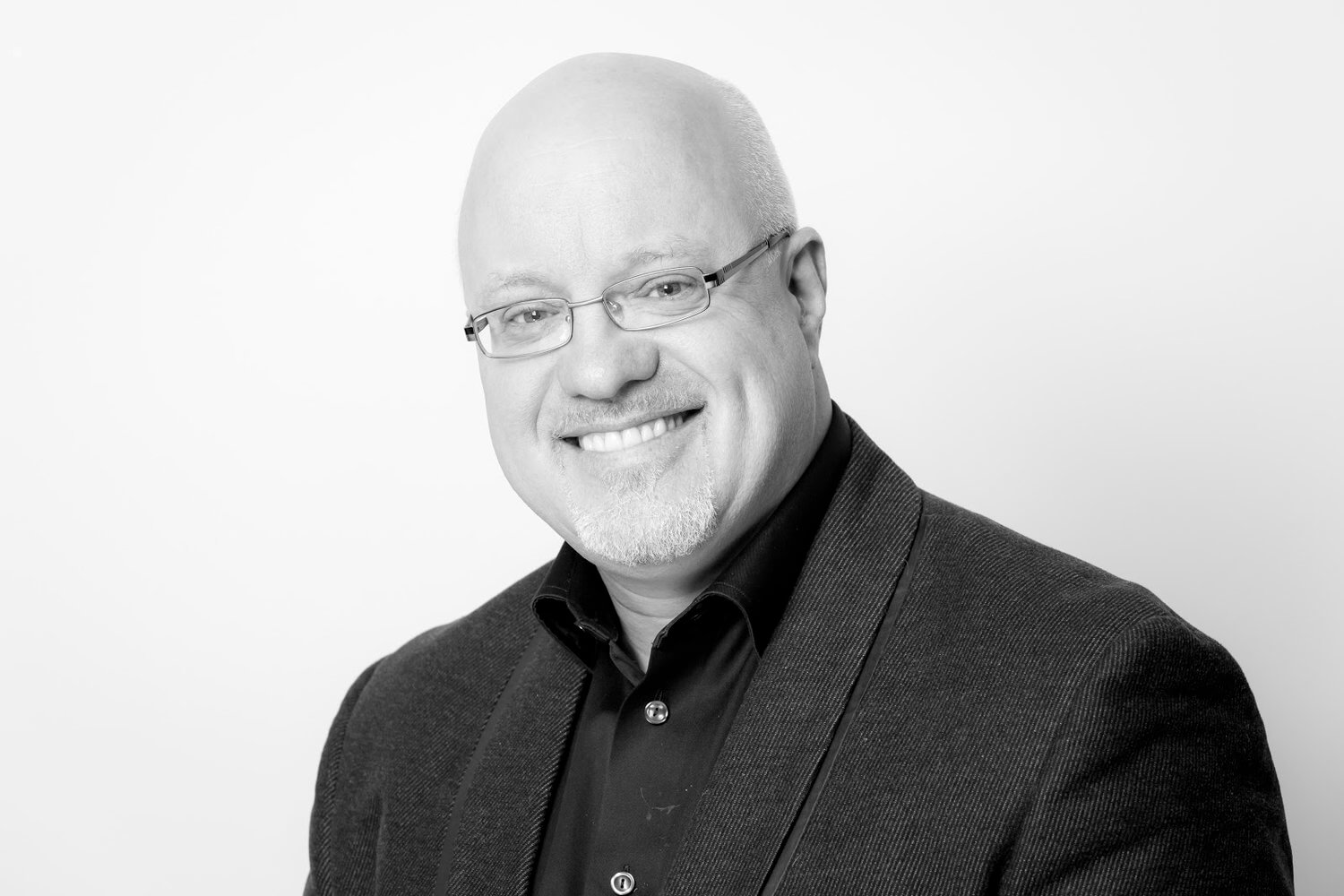 An Australian futurist, CEO and co-founder of Moven, Brett king, placed his opinion on Blockchain to be the main pillar of future economies. He said that “in the future companies based on this technology will be successful and old companies will not succeed in the digital era“.

The director of Electronic Banking Department, Dr. Nima Amirshekari stated the advantages of Blockchain technology in organizations, however, he mentioned that in spite of these benefits this technology does not solve all business problems. He said, “Blockchain is not Bitcoin. Any new technology has good and bad features; we must know that Blockchain is not bitcoin, and Blockchain is an important infrastructure. According to global reports, 92 percent of the 26,000 Blockchain-based projects have failed.” He stressed on the fact that all problems of businesses and banking industry cannot be solved by blockchain technology. 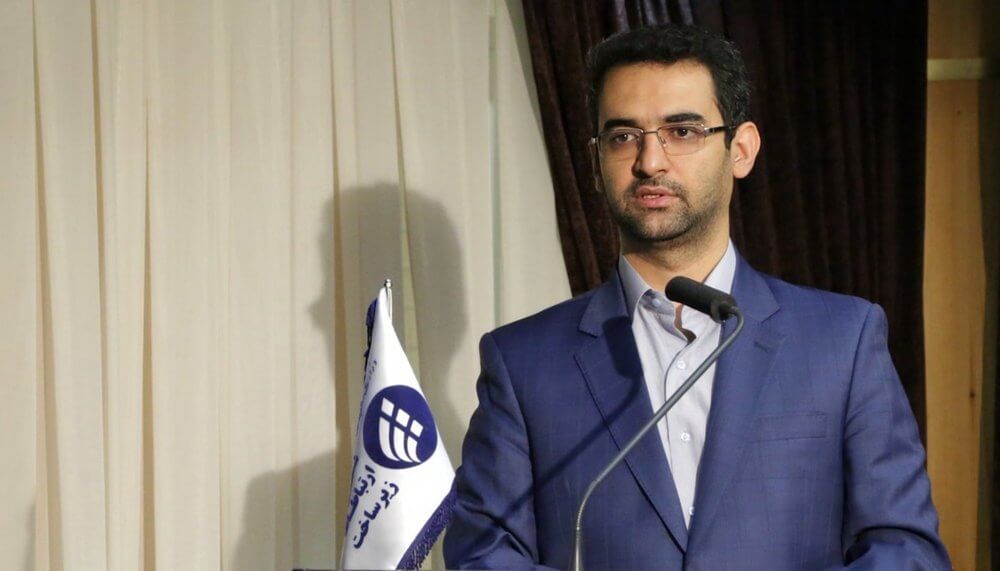 Minister of ICT, Azari Jahromi said, “When the Central Bank launches a Blockchain conference that means it has a positive outlook on the new technology. So far, four or five cryptocurrency experimental models have been designed and offered, but the Central Bank will make the decision on the final cryptocurrency.” 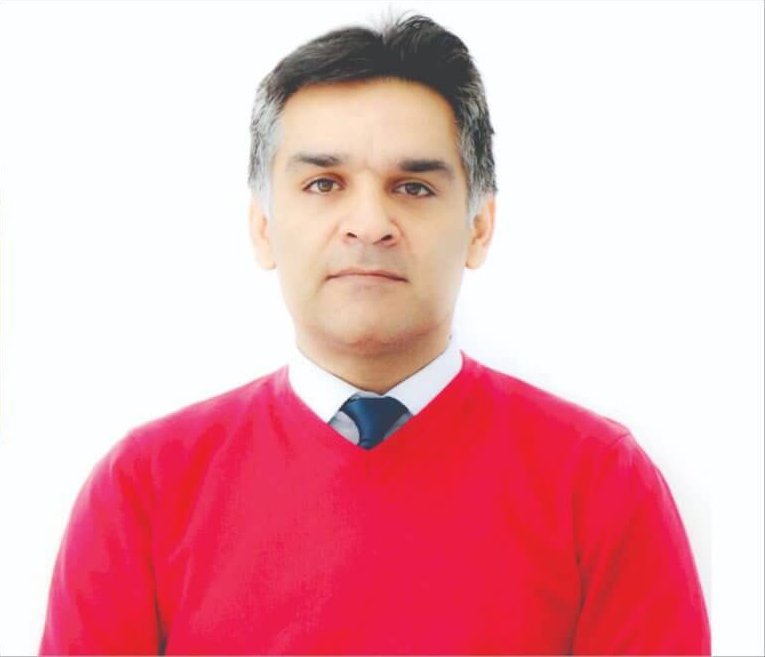 Soheil Nikzad, member of Board of Directors of the association stated that “Iran should use a global cryptocurrency instead of it own cryptocurrency”. 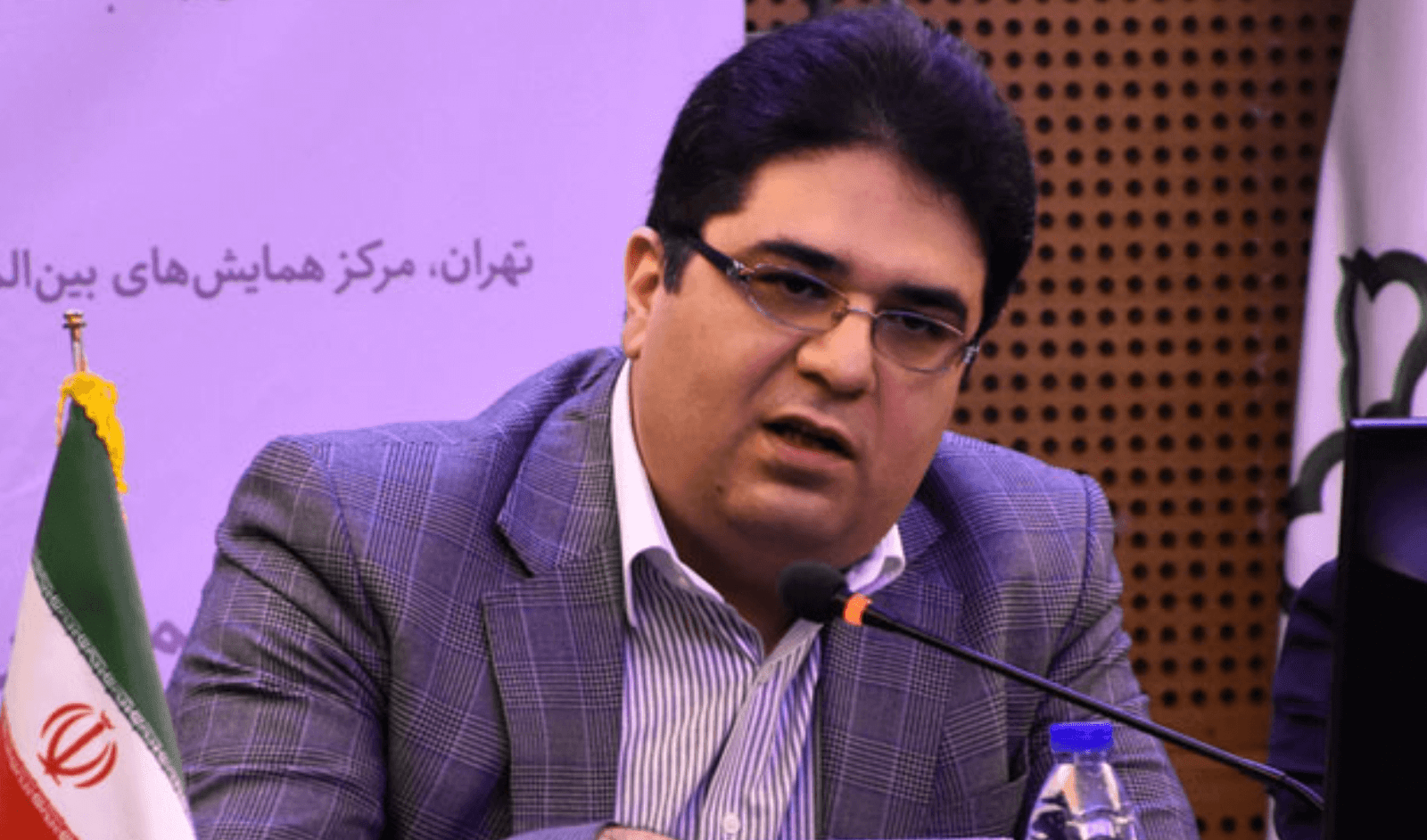 Naser Hakimi, Vice Governor of Central Bank added, “Our plan was to announce the Central Bank’s policy on the Cryptocurrency by the end of September, and the policies have even been formulated. However, given the many engagements that decision makers have in this regard, these policies are still in the queue for review. I use the term of “Cryptocurrency based on Rial” rather than the national Cryptocurrency, which is a monetary regulation debate, and is partly the policy I have already mentioned that to have a Cryptocurrency based on the Rial, gold, currency and other assets or a self-sufficient and autonomous Cryptocurrency. In order to deal with each of these Cryptocurrencies, we should have their specific viewpoint as to which laws and regulations they are included and which bodies are monitoring them”.

All in all, Iran’s efforts to circumvent the U.S. sanctions and to adopt its own cryptocurrency are being praised by some nations. However, they are a few concerns regarding the future of the state backed cryptocurrency. And what’s capturing the masses attention, is the intention behind the adoption of this decentralized currency.

Firstly, we fear that the cryptocurrency may not be very different than fiat money. It would merely be a tool to evade the US sanctions and to control the population and economy. The blockchain based international payments system could possibly replace SWIFT.

Secondly, the centralized nature of a state-backed cryptocurrency has the potential of fostering an authoritarian regime, rather than a decentralized one. The government having full control over this system might go forward and shatter the whole concept of anonymity of the crypto world. Rings a bell? Nineteen Eighty Four, the epic dystopian novel by George Orwell paints a very bleak picture for future, dominated by the omnipresent and extremely repressive “Big Brother”. And with more and reports pouring out from the Iranian plateau about repressive governance systems and control…….

The system may not be very different from the traditional financial system, and on the flip-side it might give the government more access and control over every human activity.

And the question that remains is, will the Iranians and their cryptocurrency have an international reach in the future or will they continue to be deprived of the credible international exchanges and market?

What do you think? Share your thoughts in the comments section below.