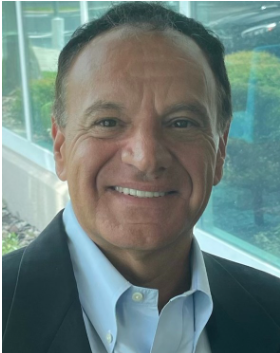 As the Chief Executive Officer of Atlantic International Capital Digital Assets Group, to say that Richard Iamunno has had a long and successful career up to this point is likely a bit of an understatement.

Based out of Boca Raton, Florida, Richard Iamunno and the team at AIC focus on offering critical guidance to businesses regarding blockchain technologies, banking, capital formation, and active tier 1 cryptocurrency exchange listings, just to name a few. More than anything else, they pride themselves on their ability to help both private individuals and organizations create a strategy for leveraging the full power of digital assets to their advantage.

Of course, Richard Iamunno has gone through quite the journey to get to this point. He’s always said that one of the few benefits of age is the experience it brings with it. He witnessed first-hand the emergence of the “Internet Age” at the dawn of the century, for example, and ran a successful technology company during that period.

Because of that, he had a front-row seat for the beginning of the “Tech Bubble Burst.” He saw as people grew to have nearly complete reliance on the Internet for not only most of their business activities, but for the vast majority of their personal lives as well.

But for Richard Iamunno, this was not the first time he would witness such a sentiment – nor would it be the last. In his opinion, you could take all of the negative and pessimistic things that people were saying about the Internet during that time and they would apply perfectly to what people are currently saying about various cryptocurrencies.

Of course, the Internet didn’t go away. If anything, it has become a ubiquitous – and permanent – part of our lives. In his opinion, the same is true of crypto.

Richard Iamunno belies that not only is crypto here to stay – it’s only going to grow as time goes on. After every “crash,” as was true at the dawn of the Internet, the technology only rebounds and gets stronger. While cryptocurrencies like Btc and Eth may lose value in the short term, he believes that people will regret not having bought them in the coming years. He sees it as nothing different from people regretting not buying into Facebook, Google, or any of the other companies that went on to become tech giants during the “Bubble Burst” over 20 years ago.

For Richard Iamunno, one of the most important things to focus on about all of this is the economic storm ahead. Issues like rising gas, higher costs of food, and increased housing expenses are only going to get more pressing as time goes on.

Because of that, he believes that crypto holders are only going to become an even more pivotal part of the economy across all sectors than they already are. He passionately believes that if you’re currently in crypto, you’re in the right place – and all you need to do is be patient, stay informed, and keep moving in the right direction: forward.

Bitcoin has constantly been crashing in the past few months; Why’s that?