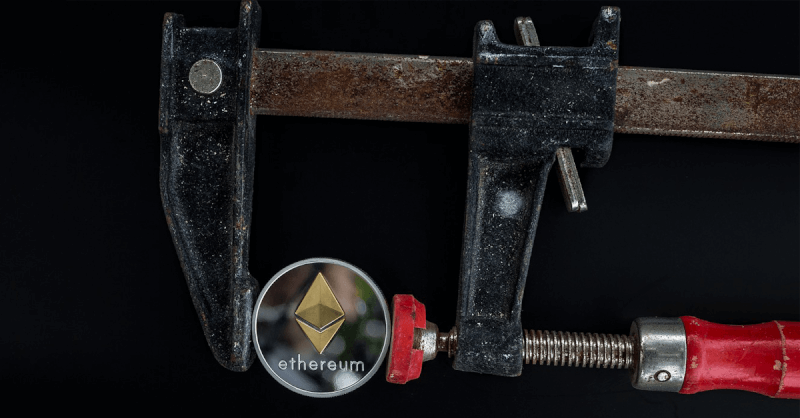 The crypto market experienced a slump on Wednesday, the 12th of September with Ethereum (ETH) crashing down to the greatest low in the past 16 months and Bitcoin (BTC) suffering a loss of 2.5 percent in its value.

The digital token ETH witnessed a fall of more than 8% in its value on Wednesday morning. The price dropped to $169.12 at around 9:30 am GMT. This was the first time that the prices crashed to this level after the low of May 2017 following a period of surge.

The slump has been rather more pronounced if you consider the entire week, with a fall of over 30 percent. This follows a day after the Wall Street regulators announced a series of actions against cryptocurrency based firms for their failure to adhere with regulations for securities. Such steps by the regulators like SEC tend to pave the way for costly and possibly biased rulings within the crypto sector.

An analyst with eToro and a follower with of the crypto market Mati Greenspan said, “I think Vitalik comments the other day probably had something to do with this. He said the days of 1,000X growth are probably over. The fact that he’s less bullish on the price movement could cause some people to be selling off a bit. And discussions as to how to scale the network are ongoing,” as reported by Business Insider.

In the same light, CEO and founder of CryptoCompare.com Charles Hayter shared that this is just a continuation of the trend that ICOs are following by selling the raised funds and consequently piling on the downward pressure. “This has spooked the market and turned the dial up on the negative sentiment,” he added.

Unlike the rest of the top performing digital tokens, Dogecoin is the only one not in red. It is currently trading at the 18th position as per data available on Coinmarketcap.