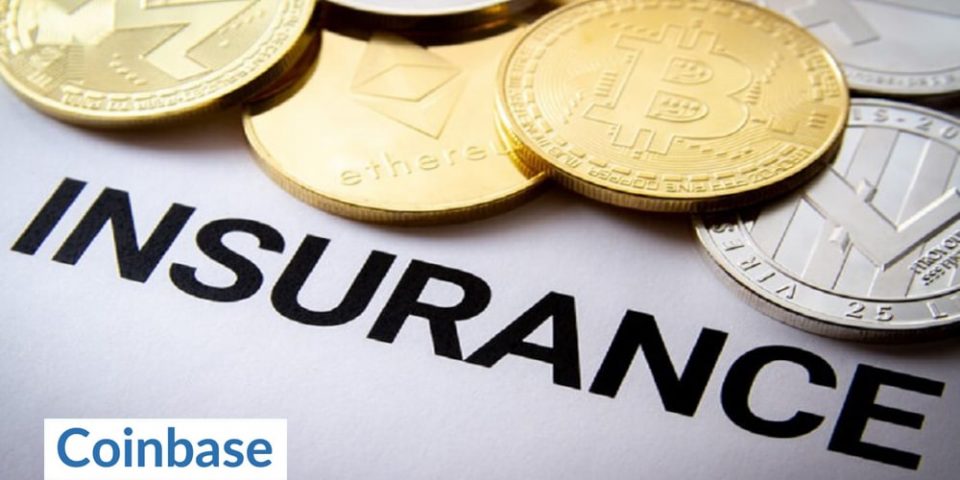 The significant digital currency platform that brokers the cryptocurrencies such as Ethereum, Bitcoin, Litecoin, Ripple, Monero introduces new insurance arrangements. By the looks of it, the provisions are specifically for cryptocurrency which Coinbase holds on behalf of its customers. Some people are citing this move as a never-seen-before and rare move in the market that doesn’t believe in transparency.

The vice president of the security of Coinbase, Philip Martin made a few revelations in a blog post. Martin said that the insurance is going to cover the $255 million coins which are present in the hot wallets. And this insurance arrangement is for the assets which are prone to hacks as they are found on the internet. It was CoinDesk which said that Coinbase is working on something like this.

By the looks of it, Coinbase which is based at San Francisco holds a minimal percent of customers’ assets. The rest 98% of the coins are found in the third party cold storages. The cold storage of the Coinbase also plays an important role to store the private keys of cryptocurrency. By the looks of it, the company has garnered around $25 billion worth of assets on their customers’ behalf. Nevertheless, the company doesn’t want people to know about the recent development.

Aon was the one who brought the policy to life. According to the sources, Aion is one of the official brokers of Lloyd. The policy comes from the worldwide insurance companies in the UK and the US. Some of these acts as Lloyd’s syndicates in London. Martin did not reveal the names of the individual underwriters of the blogs.

By the looks of it, Coinbase, the cryptocurrency exchange platform is taking the threat related to cybercrime very seriously. With this move, the online exchange platform protects the peace of mind of the customers around the world. According to Martin, sometimes worst things can happen, and during this phase, the customers might lose their funds. And this is the duty of the company to make sure that the customers can take a sigh of relief.

Phillip Martin’s statement about the Insurance Coverage of Cryptocurrency

Martin breaks down the significant scenario for losses briefly into two categories, Species, and Crime. The crime category comes to life when the criminals are responsible for thieving. In this case, the cybercriminals steal the cryptocurrency tokens and contribute to fraudulent transfers. It is difficult to cover the losses sometimes, mostly during when criminal activities take place. And this brings forward the second category, Specie. The Specie coverage comes into being if there is some kind of thieving of the private keys. The physical damages in cold storage also lead to Species.

The vision of the company is to focus on the insurance when it comes to valuation of flight. The wallets, as well as the exchanges, must have sufficient coverage of crime for covering the hot wallets. The goal of the insurance coverage is to sport ample of Crime insurance for covering the fundamentals of an outbound transaction. According to Martin, the insurance should at very least cover the assets which are accessible in a programmatic way. The company claims that there is much work which needs to be done in the long-run for helping their customers.