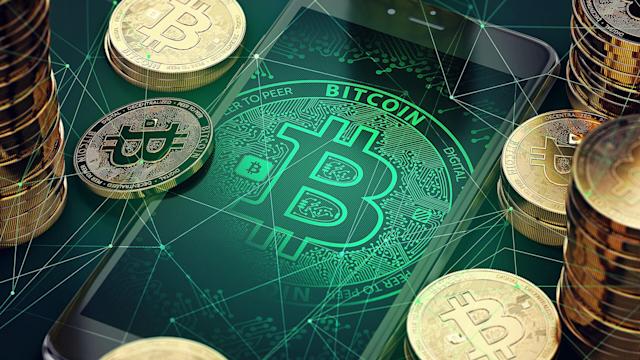 With cryptocurrencies are gaining massive popularity, investors are showing an increased interest in them over the traditional investment practices today. From the super hit Bitcoin to how to buy dogecoin on robinhood, people’s awareness levels have also skyrocketed today.

It is a decentralized digital currency sent from one user to the other on the peer-to-peer cryptocurrency network. One of the best parts of using Bitcoin is that it does not involve any intermediaries. The cryptographers in the network nodes verify the transaction. It is then registered in a transparent public distributed ledger known as the blockchain. Its value has increased a lot in recent years, and it is undoubtedly dominating the crypto market.

It is a decentralized software platform designed to run without any third-party downtime, theft, or control. It allows smart contracts and decentralized applications. ETH is a non-hierarchical computer network that generates and achieves consensus on the growing block sequence or blockchain, which are transaction batches. It is the second-largest cryptocurrency after Bitcoin in terms of market capitalization.

Also known as Real coin, it was launched in and is one of the first cryptocurrencies pegged to the US dollar. It is blockchain-based crypto whose coins are backed by an equal sum of conventional fiat currencies kept in bank accounts like dollar, euro, etc. It aims to hold the prices stable as opposed to the other cryptocurrencies like BTC and ETH, whose price fluctuates quite often.

It is a cryptocurrency network and open-source project that was started to create a public blockchain platform for smart contracts. ADA can be described as the internal cryptocurrency of Cardano. This was co-founded by one of the top founding members of Ethereum.

It provides blockchain interoperability, and its protocol links are “permissioned” and permissionless blockchains. It enables an internet where independent blockchains can share information and transactions in a trustless way. It aims to create and connect decentralized apps, organizations, and utilities easier.

It is a cryptocurrency and also a digital payment network used for various financial transactions. It was first released in the year 2012. The XRP was created as a payment token that can be used in its decentralized payment system. It is used with a network of validation nodes rather than the blockchain. This cryptocurrency is slowly but steadily moving up in the financial market race.

It is a cryptocurrency exchange protocol that operates in a decentralized environment. The name of the company, as well as the protocol, is known as Uniswap. It allows automated transactions by using smart contracts, which takes place between cryptocurrency token or Ethereum Blockchain.

This cryptocurrency was found as a joke by two software programmers who wanted to make fun of rampant cryptocurrency speculation of time. It came into the limelight when SpaceX announced that Dogecoin would fund a rideshare journey to the moon. It is the first cryptocurrency that is funding a space trip.

It is an Ethereum-based token that was launched by one of the most prominent cryptocurrency exchanges, Binance. You can use this coin to pay a commission for a transaction in the exchange. The token was created with a total quantity of 200 million tokens. The company intends to use 20% of its profit every quarter to buy back and burn BNB. This would be conducted until 50% of the BNB, which is 100 million tokens, has been burnt.

This cryptocurrency was created in 2017 to allow for a larger block size than Bitcoin. It means that BCH allows storing more transactions in a block. BTC and BCH might have many differences, but there are many technical similarities between them. They have the same consensus mechanism and come with a supply limit of 21 million coins.

Even the highest sought-after cryptocurrencies are subjected to market risks. So you have to be very cautious and do thorough research before investing in them.

BankerDoge: A DeFi Service Platform Partnering With Other Token Projects

Investing in the crypto fund the smart way