Many analysts have predicted the crypto market   having spent  a brief  period in a downward trend. Three cryptocurrencies primed as strong investments  are discussed here. These tokens are RoboApe (RBA), Dogelon Mars (ELON), and GM Wagmi (GM).

is a project that models current crypto mechanisms with the exclusion of team incentives, this  prevents team members from dominating the governance of RoboApe (RBA). The team plans  to work with developers and substantial contributors who operate for the purpose of developing the platform free of cost.

By focusing the efforts on a product at a time, RoboApe aims  to deliver the most efficient service for users to be able to benefit from. Their approach has been to steadily build as opposed to  rushing unfinished ideas and products towards a wide launch , without the risk of disappointing users.

The native token of RoboApe is RBA. It is an ERC20 token developed on the Ethereum platform. It is deflationary and powers the RoboApe ecosystem with a wide range of use cases. These use cases include carrying out transactions within the system, trading on NFT marketplaces, staking incentives, and participating in the eSports sector of the RoboApe (RBA)  ecosystem using a simplified process.

Dogelon Mars (ELON) is an ERC20 token created on the Ethereum blockchain. Currently, it is available on Uniswap and can be traded for other tokens on the uniswap exchange. The majority of holders retain  their tokens in a blockchain wallet. Some altruistic  users will donate tokens to the victims of crypto scams to help fulfill the mission of the community.

The team has announced plans to further develop Dogelon Mars. There was an announcement back in late 2021 that  they are planning to initiate crypto staking through a new governance XELON token. The development  team is  currently  working on an NFT collection. 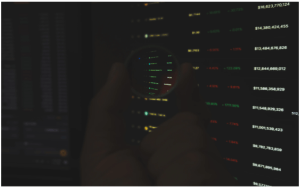 One of the most important aspects of the project development has been the partnership with the Methuselah Foundation. The foundation decided to embrace the Dogelon Mars community supporting   ongoing  development. They published a script referred to as the Amicus Token Paper, to go over the plans and objectives for the cryptocurrency.

The  partnership with the Methuselah Foundation has encouraged the Dogelon Mars (ELON) community to donate funds and send a vascular tissue science experiment to the International Space Station.

First launched in November 2021, GM Wagmi (GM) is a successful meme token based on the “gm” meme which was popular on many social media platforms in 2021.

The term ‘gm’ is an abbreviation for “ good morning”. This is a unique greeting between the crypto accounts on Twitter, despite the time of the day. 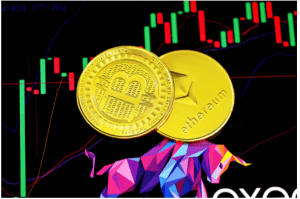 The popularity of meme tokens on social media has enabled the GM token to take advantage of the “gm” meme.

The native token GM is an ERC20 token developed on Ethereum. It is the governance and utility token of the community. The GM Wagmi (GM) currently  has a 24-hour trading volume of around $2.4 Million.

The token is deflationary by default. For each transaction that takes place, 1% of the amount is burned. Along with this half of GM’s total supply was burned during the period it launched. If the demand stays high the value of the token will increase drastically due  to the burn feature.

The tokens all have the  potential for serious returns on investments. It is RoboApe RBA that has the potential to compete with the upper echelons such as  Dogelon Mars and GM Wagmi. It is of course your responsibility to rely on your own research and cognition when making an investment into any crypto.

For more information regarding RoboApe visit:

A Review of olympus4x Broker to trade any kind of assets

Why are cryptocurrency influencers blaming DoKwon for the LUNA and LUNC crash?

Following a recent breakdown, the AVAX price is expected to crash by 22%

3 DeFi Projects That Could Change the Face of Finance in 2022: Avalanche (AVAX), Tezos (XTZ), and Calyx Token (CLX)