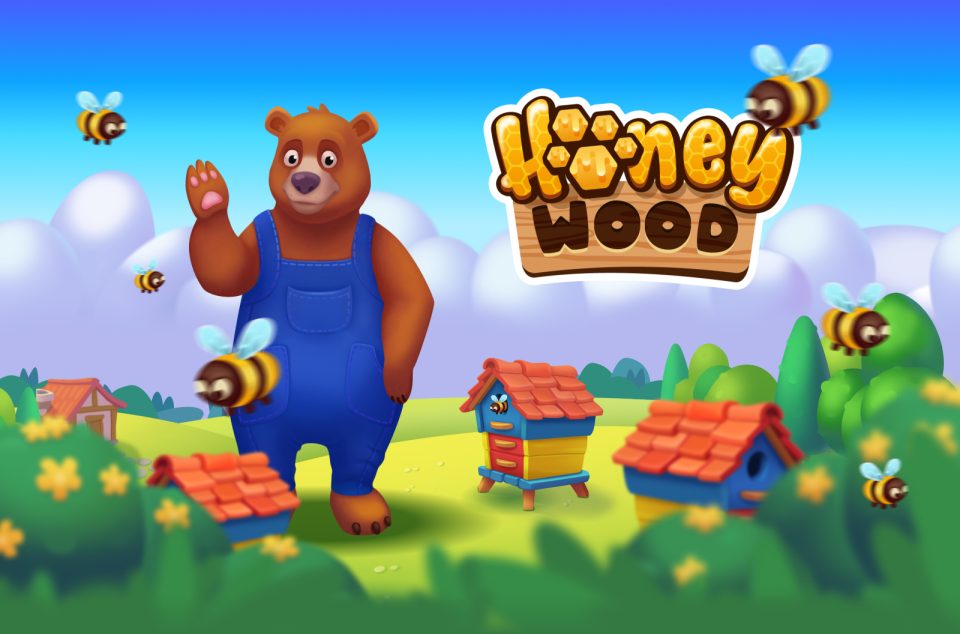 We have all played games like Farm Frenzy and Hayday and dreamed of earning money through them. However, times have changed now; you can earn money from games on the blockchain simply by playing them.

Honeywood has become one of those games that are all the talk these days thanks to its huge community of beta testers spread across the globe. People of all ages can enjoy its captivating graphics and fantastic gameplay. By combining two of the most popular gameplay genres, users can build their own farms and compete in exciting Match3 battles (both PVE and PVP).

With the aim of making this a community game without any centralized governance from even the developers, the company made this game on a separate and dedicated blockchain on the Tendermint and Cosmos networks so that the rules, once established, would be the same for every user and even for developers.

As of now, this game is in beta testing, although it will go live on the 13th of May this year as the world’s first play and earn (not play to earn) game. This launch will also lead to the company listing its two coins, HoneyCoin and CONE, on the top 20 crypto exchanges in Q3 and Q4 of 2022.

With HoneyCoin, you will be able to perform all the operations in the game, such as buying items, expanding your farm, or playing Match 3 with other players in the vast community. In addition to this, you can use Honey to plant trees and get CONES, the second native coin, and even sell them on the crypto exchanges. Even though the game is free-to-play, you need this HoneyCoin to continue playing the game.

The second most anticipated coin set to launch with HoneyCoin is CONE. While HoneyCoin allows you to buy anything you want, CONE is a government coin that gives you the opportunity to make important decisions about the game’s development. You will also be able to receive passive income from game commissions and become known in the Bears’ DAO community.

Currently, the company owns 51% of all 19,993,665 CONES, but as players will start playing the game and start planting trees, the number of coins will increase, and the company’s share will automatically start diluting which will lead the game closer to decentralization. In order to achieve complete decentralization in one year, the company plans to hand full control of the game over to holders of CONE.

The company is not planning to use any proof of work to set itself as an example of an environmentally friendly project. Taking action beyond simply talking, the company will plant trees with 5% of the revenue generated from HoneyCoins and Cones. With the declining Bee population throughout the world and the atmospheric deterioration and CO2 emission, the game’s mechanics are built on natural processes to give a message about Bee caring, planting trees, and creating a beneficial effect on the environment.

As the launch date is set for the 13th of May, the company is doing all it can to make this a long-term project. As Bears’ DAO is an open system and projects like these are subject to the risk of reduced liquidity, the company is organizing the economy in such a way that the number of coins in the hands of its users is comparable to the demand in the game or lower.

What to Expect After the Launch

More than 35,000 players have contributed to the betterment of the game and have earned money through it. The community will grow significantly with the launch, providing players with more opportunities. Additionally, the company plans to launch the IGO in the second quarter of 2022 and the NFT marketplace in the third quarter.

With a rapidly growing blockchain gaming marketplace with a unique approach and quality gameplay, Bears’ DAO provides its community members with a wide range of earning opportunities.

What are the ways to mine of bitcoin and trading in cash?