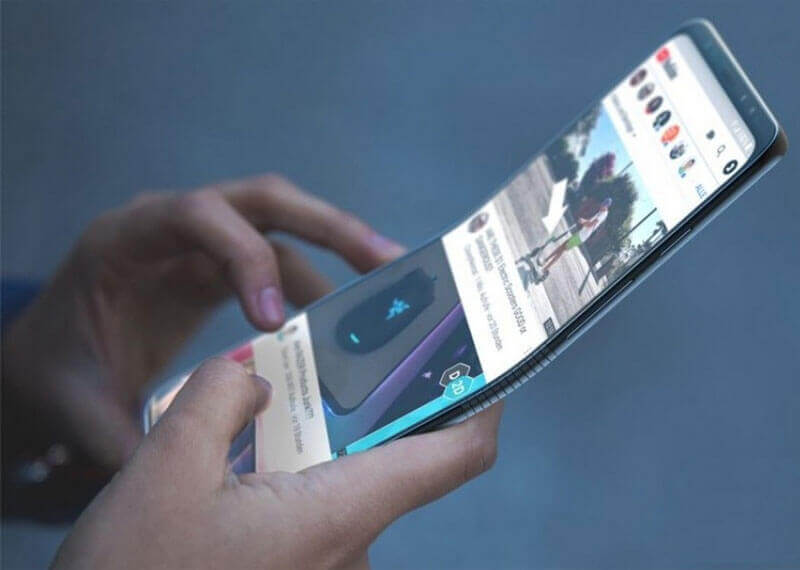 Did you see the video yet?

The video depicts Bin Lin contemplating a touchscreen as big as a tablet. Later Bin turned the phone on one side, and this made the phone to get into a landscape orientation. This is precisely the moment, when Bin Lin showed a parlor trick. Bin Lin then folds two panels of the single screen, one panel at each side. Later the tablet became a slightly chunky looking modern day phablet.

The video is edited, and that’s why it cuts from both the front view as well as the back. This makes it tough to spot the actual folding action. Even the folding was not visible from the front. Instead, the tablet looked like a folding device from the back view. The back panel went completely dark after Bin Lin folds the tablet.

The video also cuts back right at the front side. There is visibility of slight spinning off the screen. The software also grapples a new momentary form factor. This new form factor takes place even before the software module stabilizes into a portrait orientation. The resultant tablet sports a bezel-less infinity display. Samsung Galaxy S8 has the same design as the foldable display.

There is a small difference between aspect ratios. The foldable Xiaomi device has a taller aspect ratio 18:5:9.

The Chinese manufacturer, Xiaomi’s teaser, does not contain any details related to availability and pricing. The tweet also doesn’t reveal the market launch of the device. Some people in the smartphone industry have asked questions related to the prototype as well as launch plans.

Xiaomi’s spokesman even pointed some major tech media outlets to a post on the Co-Founder’s Weibo account. In the Weibo account, Bin asks his followers to give him honest feedback after they see the prototype. Bin also said if people like the concept and the foldable smartphone, they will put the phone into mass production.

Also, the folding smartphone is the first double folding smartphone. According to Bin, the symmetrical double-folded smartphone combines the form of a mobile phone as well as a tablet. Bin also asks his followers to name the device. Bin Lin is confused between two names: Xiaomi MIX Flex and Xiaomi Dual Flex. In the past few months, companies have showcased handful prototypes of folding smartphones such as Samsung.

Telegram Gears up for Launching Mainnet and Token for TON