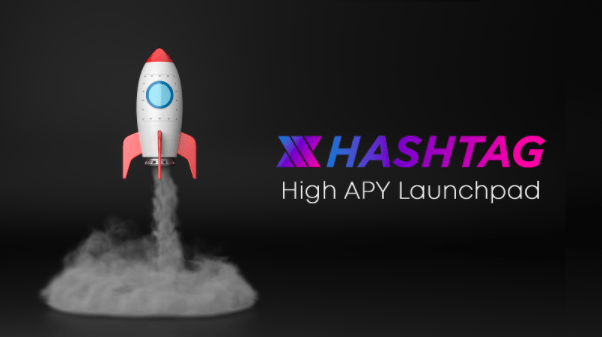 Growth and success of crypto has been massive. Spurred on by mass adoption, more projects continue to surface by the day. But as these projects increase in number, getting them to scale up can be a major challenge. Well, not anymore. At least xHashtag doesn’t think so.

As a project that kick-started its operations Mid-2021, xHashtag positions itself as a 360-degree Web3 Incubator, Launchpad and Accelerator. To put it plainly, xHashtag with its community acceleration, also acts as a high APY launchpad for upcoming projects, helping them bootstrap community, liquidity and treasury. They have recently announced that as part of their multi-chain expansion, $XTAG will now be available on Avalanche, with their testnet launched recently on Avalanche Fuji.

But as simple as it sounds, it has a sophisticated yet successful way of getting the ball rolling for nascent Web3 projects. Let us take a look at how it achieves this:

Communities are more powerful than we believe they are. They can help make or break a project. Having a strong and loyal community can help projects propel themselves at a rapid pace.

Understanding this, xHashtag brings in elements of gamification and incentivization to bring in fans to partner Web3 projects. Already having a ready base of over 150k and 140k followers on Twitter and Telegram respectively helps massively, as witnessed with their first partner campaign where they managed an acceleration of 3800% to the Web3 project’s community size.

By incentivizing users in partner project tokens, xHashtag facilitates wider dispersion and consequently, wider reach for the project. These campaigns which can include incentivized on-chain or off-chain tasks are completely customizable by the partner project, which makes it all the more attractive for them.

Crypto launches have seen many changes over time. Initially limited to bootstrapping and VC backing, projects have now moved to a hybrid style incorporating elements of private funding plus public investment.

xHashtag follows a unique hybrid approach where the primary launch on their launchpad is akin to an Initial Offering, that helps bootstrap liquidity. Initial offerings tend to be hugely popular as they generate great marketing buzz for the project, and resultantly higher fundraising. They also keep away bots and malicious transactors.

Facilitating what they call a High APY launch for the projects on their launchpad with near-zero market float, xHashtag allows people to purchase tokens at a discounted price directly from the treasury through LP token or stablecoin backed minting. This helps the project scale up rapidly at the start.

Soon after, on the upward curve, single asset staking for high APY is introduced, which gives the stakers high returns on their staked tokens, while also negating impermanent loss. Through this, the project token gets instant utility, thus allowing it to grow further.

However, understanding that high APYs are not sustainable in the long run, xHashtag introduces support for APY halving over a period of time, until the APY reaches a level that can be sustained by project token’s native utility, thus letting the project take over and transition out of the launch phase.

This sort of augmented launch strategy ensures that the project has enough liquidity and treasury, thus stabilizing it for the long run, while also giving fans and public investors a level playing field.

There is no doubt a need for an effective marketing and growth hacking tool for Web3 projects, for them to be able to focus on building their product rather than building a buzz around it. xHashtag addresses this void by being an all-inclusive platform for Web3 project acceleration through comprehensive community, liquidity and treasury building.

It acts as an incubator, launchpad and accelerator for nascent Web3 projects, giving them a shot at success. In the words of their Founder-CEO Monica Durga, “We’re focused on developing a solution that fixes core problems that Web3 projects face. While we aim to give them a 360-degree experience from launching and accelerating their project.”

This level of comfort that Web3 projects can expect out of xHashtag enables smoother functioning and faster completion of the planned goals. Meanwhile, xHashtag themselves are making rapid progress, with the release of their testnet, and having successfully bridged over to the Avalanche network – one among their many multichain expansion plans. Their native token, $XTAG, is trading on KuCoin, Gate.io, Raydium and more recently on BitMart.

We think xHashtag can redefine the way new projects launch and protect the interests of retail investors as well as the project. What do you feel? Let us know via comments.

Armors Labs-Audited Era7 to Crowdfund On February 18, 2022 and List on PancakeSwap DEX

Certik-Certified ESP Project adds Ralph Sickinger as an Advisor, to Deploy in More Chains Besides Ethereum