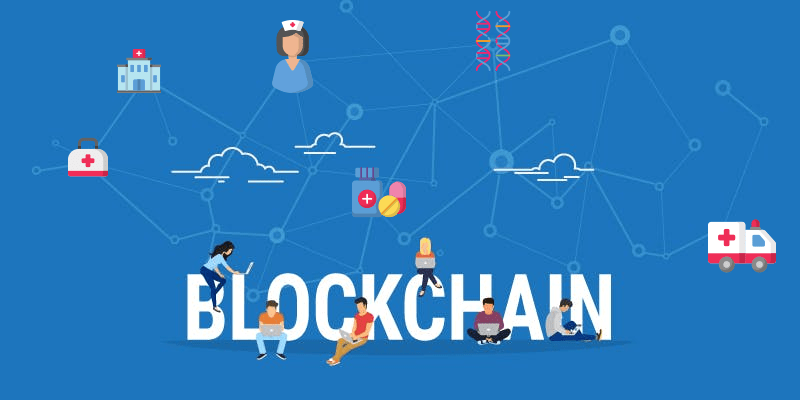 Blockchain is a technology that has enormous potential. Cryptocurrencies are the best-known application of blockchain, but that is only one thing that can be done with the tech. Many of the other potential applications of blockchain could be of enormous benefit to the healthcare industry. Below are some of the ways that blockchain might achieve this.

One of the biggest challenges that the healthcare industry faces is maintaining full and accurate patient records. Not only do individual institutions need to be able to maintain these records, but they also need to be able to reliably share them amongst themselves. For example, if a patient is treated in a hospital in one part of the country, and then six months later is again treated on the other side of the country, they expect their medical records to be easily available to the second doctor.

Healthcare institutions don’t just need a reliable way of sending information between themselves, but a reliable way of ascertaining whether that information is accurate or not. Blockchain presents them with a potential solution to this problem because of its immutability. In other words, once information has been recorded on the blockchain, it is then virtually impossible to change again.

The number of industries interested in introducing blockchain because of the impact it can have is rising, and the healthcare industry is no exception to this.

An aging and growing population is presenting significant challenges for the American healthcare industry. In fact, all across the world, healthcare systems are now shouldering an increased burden due to shifting population demographics.

In order to rise to the challenges that this demographic shift represents, healthcare systems need to find ways of making their available resources stretch further than ever before. To that end, anything that can be done to reduce operating costs is worth pursuing.

Blockchain can enable significant savings for entire healthcare systems by enabling more accurate auditing. Supply chain auditing is one of the most important potential applications of blockchain technology, and could potentially transform a number of fields, including the pharmaceutical industry.

In the future, digital healthcare companies could derive a significant portion of the revenue through health-related cryptocurrencies. There are already a few nascent efforts at producing such coins, with varying degrees of success.

For example, Sweatcoin tracks how many steps you take throughout the day, and with every 1000 steps you earn 1 Sweatcoin. These coins can then be used to purchase goods and services from participating retailers.

Providing cryptocurrency-based incentives for people to live more healthy and active lifestyles is an initiative that will likely appeal to governments around the world. There are therefore likely to be numerous opportunities to make money in this sector in the near future.