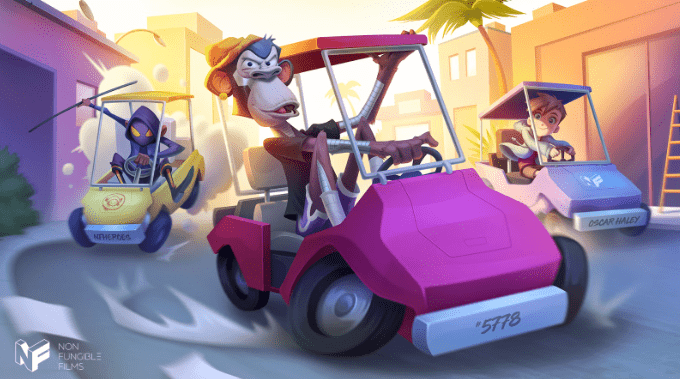 By now you have most likely heard of the terms Cryptocurrency, Bitcoin, or even NFT, but do you know what Web3 is? While these terms have been around for a long time, the truth is, it’s still an emerging market, and not uncommon for people to be largely in the dark about what exactly this all means. For some people, these areas of interest are serious investments, and they are taking them as the next step for human societal evolution.

To their merit, there’s a lot of money wrapped up in the online world of blockchains, bitcoin, and cryptocurrencies in general. But for the average consumer, this might still be something that seems like a distant buzzword that still doesn’t seem quite real. Understanding what Web3 is will help you gain a foundational knowledge of how to understand this new commerce and give you a framework on which to base your knowledge.

NFF stands for Non Fungible Films and is a new and pioneering aspect of this emerging world. It’s a creative, well-thought-out, and strategic force to bring the world media, art, and entertainment firmly into the next evolution of the internet. In fact, FNN can help to make sense of what Web3 is and is something that has the potential to change how art, media, and entertainment are not only interacted with but even created.

But before we get too far ahead of ourselves, let’s dial back and focus on what exactly Web3 is, and how this can help you understand the future of digital ownership, transactions, and society.

The internet has become ubiquitous to modern culture, and for the younger generations, there has never been a time in their life when they have known society without it. Even for those who remember a time before the internet, or at least dial up internet connections, it’s hard to really remember life before this kind of access.

High-speed internet connections, and a plethora of personal tech devices like cell phones, watches, and laptops, have made life seamlessly integrated with the web. For the most part, this is such a normal part of society that it’s hard to even realize what is and is not affected by the internet. Everything from entertainment, to finding a recipe for dinner, or directions to the airport happens through the internet, not to mention the massive amount of commerce that takes place digitally online.

For the most part, what is commonly known as the internet is referred to as Web 2.0. This is the natural evolution past the first iterations of the internet that revolved around slow connections, and very limited, access to various pieces of information. One of the most defining hallmarks of Web 2.0 actually, is the emergence of user-generated content and social media.

This was the perfect place for massive social media companies like Twitter, Facebook, and others to provide platforms for unique user content creation as well as the emergence of mammoth search engines like Google. While unique content creation was and still is one of the hallmarks of Web 2.0, it also gave rise to a monopoly of power within the digital space.

Web3, as you may have guessed, is thought to be the answer to the current problems of Web 2.0 regarding monopolization of information and content creation, and is the source of what is called the blockchain. On a hardware level, Web3 is different from Web 2.0 in that this information is created through blockchain technology. Blockchain is decentralized data over computers across the globe, rather than centralizing it on servers the way the internet currently works.

Not only that, but this blockchain technology represents true value in that it is limited, and it only allows for transparent transactions. This means that in theory, it should be impossible for a monopoly to form in this market and there is no way to hide ownership as all transactions are visible.

NFTs, cryptocurrencies, and NFF are all viable parts of what makes up the digital value of a blockchain. If Web3 is the next evolution on the internet, then it will include media, gaming, commerce, and more all being translated into these mediums. While this shift from Web 2.0 might sound like science fiction, the truth is that several aspects of Web3 are already present and gaining popularity at an incredible rate.

The good news is that there are ample ways to learn about this new world and to educate yourself in it. As Web3 becomes more of a reality, knowing how Cryptocurrencies, NFTs, and NFFs all work is a powerful tool to stay ahead of the curve and make sure you get the most out of this new frontier.

New to Ethereum Casinos? Here is What You Need to Know

Binance Launched in South Korea Through its Cloud Solution