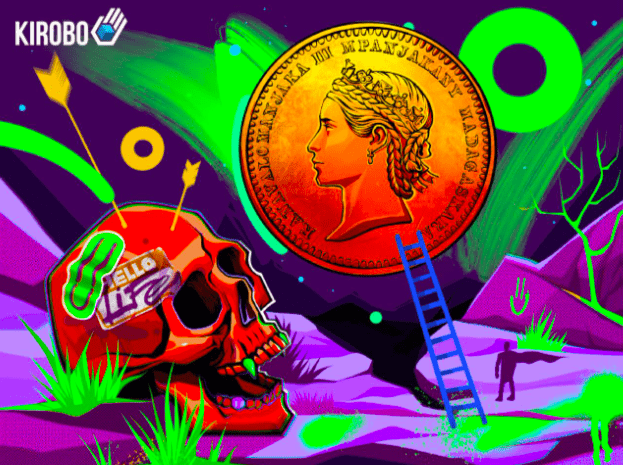 A company called Kirobo has announced the launch of a non-fungible token (NFT) with a unique utility – reimbursing its holders’ Ethereum gas fees. These fees are considerable, so this could be a project that fills a serious market need. But is this just a gimmick? Where is the money coming from? Let’s take a look.

Kirobo is a DeFi company that has launched two cryptocurrency management platforms – both on-chain and non-custodial – aimed at providing a safer experience when interacting with DeFi ecosystem. The company’s NFTs – called ‘Kirobo Collectibles’ – exist within this network, so they can only be minted from one of the platforms (the ‘Liquid Vault’).

How do they work?

The NFTs work from within the Liquid Vault, an on-chain wallet that can connect to external dapps. When the user interacts with a dapp (such as SushSwap, OpenSea, and so on) from their vault, the NFT will release KIRO equal to the value of the gas fee paid for that activity. The KIRO is locked for a period of time – it can be withdrawn early, but users are discouraged from doing so by a forfeit that diminishes with time.

The NFTs can also be recharged, up to a limit of 100,000 KIRO. In order to do this, the NFT holder needs to also hold an amount of KIRO in their Liquid Vault, and every month their NFT will be awarded funds according to which dapps they used and how often. The NFTs have a multiplier too, which shrinks and grows in inverse proportion to the amount of KIRO held in the NFT.

Who is funding this?

Kirobo has committed to contributing 100,000 USD worth of KIRO to the project every month, for a year.

Are the NFTs necessary? Or just a gimmick?

Gas fees are expensive, generally costing in the tens of dollars for a simple transaction. The fact that Ethereum-based industries (such as DeFi and the burgeoning metaverse) are booming despite the expense is testament to the potential of blockchain technology in general. However, the fees are at best a nuisance and at worst a serious roadblock to mass adoption. Long-term, the gas fee problem will only be solved by changes at the system level (such as the promised switch to proof-of-stake), but in the meantime, being reimbursed for transaction fees should definitely help matters.

What’s in it for Kirobo?

Kirobo has ambitious goals. It is marketing the Liquid Vault as a one-stop-shop for DeFi users. It has a number of innovative features – such as backup and inheritance functions – which are decentralized and require the community to fund and operate. So the company’s interest is twofold: one, getting the word out about the capabilities of its network and token, and two, encouraging people to use the DeFi ecosystem.

How likely is this to succeed?

Ethereum is the most heavily-used blockchain platform, supporting the majority of the booming DeFi industry, but it is extremely expensive. For example, a recent group of cryptocurrency holders who bid for a copy of the US constitution in an auction failed to win the item but still had to pay $1.5 million in gas fees! This was an extreme example, but fees are a bane to all Ethereum users, so these NFTs are likely to be popular.

Kirobo has sweetened the pot with some extra perks too – such as free use of its Safe Transfer system and access to a Discord group where Kirobo releases company updates before public release. In short, it appears that Kirobo is confident in its new project – perhaps with good reason.