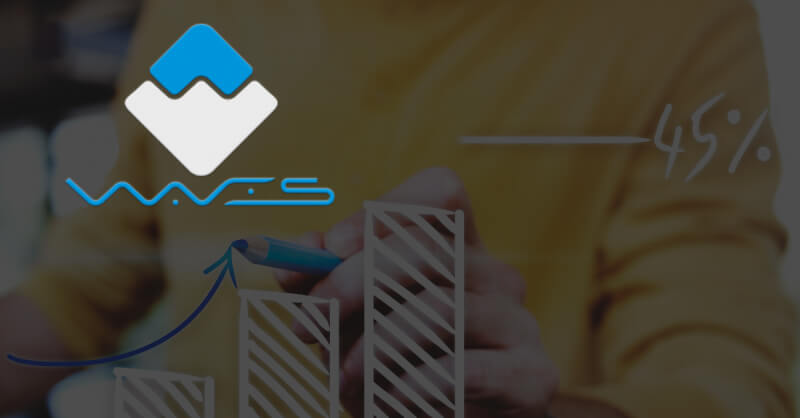 The value of Waves token has experienced an upsurge in its USD price following the company’s announcement on Seemit regarding the latest smart contract protocol for its blockchain.

The WAVES/USD value spiked from 1.90-fiat to a whopping 2.76-fiat at the time of closing on the day of its announcement, accounting for a gain of more than 45 percent. As per the announcement, the Waves smart contract protocol will be effective in the coming week once the consensus of the mining community reaches 80 percent.

Before the most recent session of trading in the USA after the notice of launch, the WAVES/USD pair had already witnessed a fall, bringing it close to 2.19-fiat. This downside correction phase resulted from the early-European and mid-Asian trading sessions as sellers resorted to their exit strategies.

The system update will begin the process of launching smart contracts on the Waves MainNet. This rollout of Waves’ new strategy includes the release of Smart Accounts i.e. non-Turing complete smart contracts. “Smart Accounts will provide the most popular and in-demand features for the crypto community, and will apply to various token operations,” the announcement stated.

The features that are a part of this offering include multi-signature wallets, token freezing, atomic swaps, data Oracles, and whitelist voting. “We are creating a user-friendly blockchain platform that will be easy for anyone to use. To achieve this we are trying to look at the system through the user’s eyes and understand what they most need. This is the essence of our approach to Smart Accounts,” shared Sasha Ivanov, Waves founder and CEO.

Additionally, the Waves’ Smart Accounts do not depend on gas for their operation and execution, unlike the smart contracts backed by Ethereum. The fee that will be charged is considered to be “minimal for the network and completely predictable - like a standard transaction fee.”

The WAVES/USD value seems to be heading towards a bullish state, given that its value is 2.32-fiat at press time.