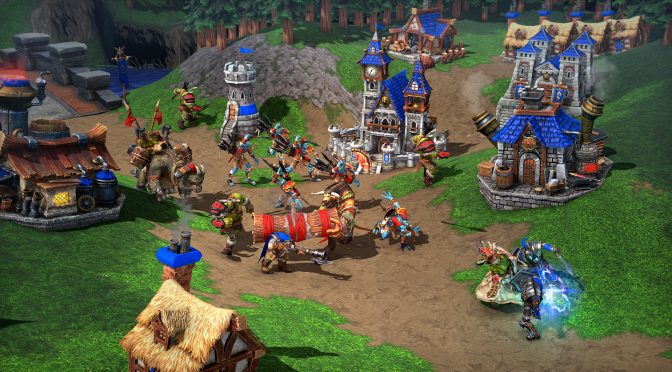 Warcraft 3 is a new version of the excellent blizzard warcraft game, and modern arts and animations are in the revised version. The game lovers are waiting for this update since the Blizzard announced it. The game launch was by Blizzcon in 2018, and they decided to launch Warcraft 3 at the end of 2019.

But the current news is that gamers have to wait a little more. The launching date of warcraft 3 has been postponed and is going to launch on 28 January 2020.

When the year 2019 was just started, Blizzard finds some doubt in the formation of the game and started working to rectify the designing and functioning. That’s why they miss their launching target date. Now it is confirmed by Blizzard that the game will surely be available for the users at the end of January 2020. All the designing process has been completed.

Only the last checking process is pending. Blizzard does not want their players to wait for a long time.

They are trying to complete the final process as soon as possible by the developers.

The fans will enjoy the new world editor with some new and impressive tools added in the games, and the addition of some other remarkable tools and structures are still in progress. The redesigning process gets such a beautiful and impressive touch and available as full multiplayer compatible with the original release.

Battle.net allows pre-purchasing the game in two editions. The gamers can purchase the standard version by spending $30, and the war edition is $40 through battle.net. The war addition of warcraft 3 includes hero skins for Thrall, Jaina Proudmoore, Arthas, and Cenarius. It also has a meat wagon mount for the world of warcraft, some new icons and structures.

That’s why they need time to do further development in the designing and functioning of the game. The developers are working hard to touch the finish line as soon as possible and allow the fans to get the game in hand.

Rober bridenbecker, the executive producer tells the story of the game will remain the same as with the original release. The fans of the reforged version of the warcraft 3 pc game will get the game very soon. Users can enjoy the enhanced features of the game. The experience will be better this time for the users.

How the Watches are Valuable Considered Every Time