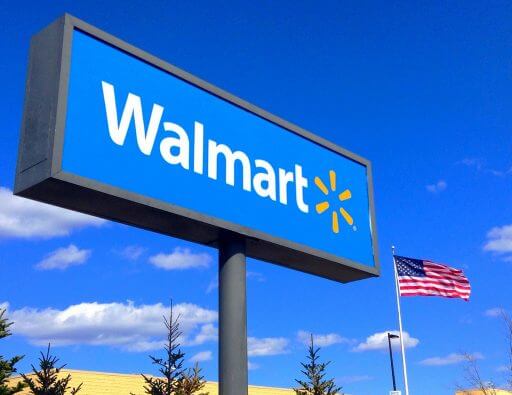 After several people got sick from contaminated lettuce bought at Walmart, the company has been testing several solutions to the problem. After several months of toying with many ideas, in what could be a big breakthrough in Food-Tech, Walmart has announced to use blockchain to keep track of its massive distribution network of fresh products.

Walmart has been pilot-testing this blockchain project for 2 years. Using a distributed ledger or a blockchain, the project demonstrated the process of tracking food products from farm to shelf. The project has been so successful that Walmart is now ordering all its vegetable farmers, suppliers, logistics firms and everyone involved in the transport of food items to join its new blockchain network by next September.

By next year, farmers who supply items to Walmart will be required to input detailed information about the products in this blockchain database. According to IBM, this blockchain network developed by them, called Food Trust, will allow companies like Walmart to track the products from the field, through washing and cutting facilities to warehouses and finally the stores. The network will also make it possible to pinpoint exact locations of specific batches and exact harvest times of items like vegetables.

At every stop across the way, people will make an entry to the blockchain of when they receive the items and when they send it off to the next link in the chain. Walmart is already doing this for many products. “It is the first real instance of doing this at scale,” said Brigid McDermott, vice president of I.B.M. Blockchain.

Last year, Walmart conducted an experiment to see the source of a particular batch of sliced mangoes. According to the company, it took them seven days to pinpoint the farm from which the mangoes came and with the help of blockchain they were able to find it within seconds.

How effectively does the Food Trust blockchain by IBM plays out for the Food industry is yet to be seen. There are many skeptics who’re doubting the application of blockchain for this particular process. “I can’t see how doing this in a blockchain data format will make this magical in any way,” said David Gerard, the author of “Attack of the 50 Foot Blockchain.”

According to the company, if not anything else, the blockchain will help them find the sources of contaminated food items quickly and easily. “We can bring trust to the system,” said Mr. Yiannas, vice president for food safety at Walmart.