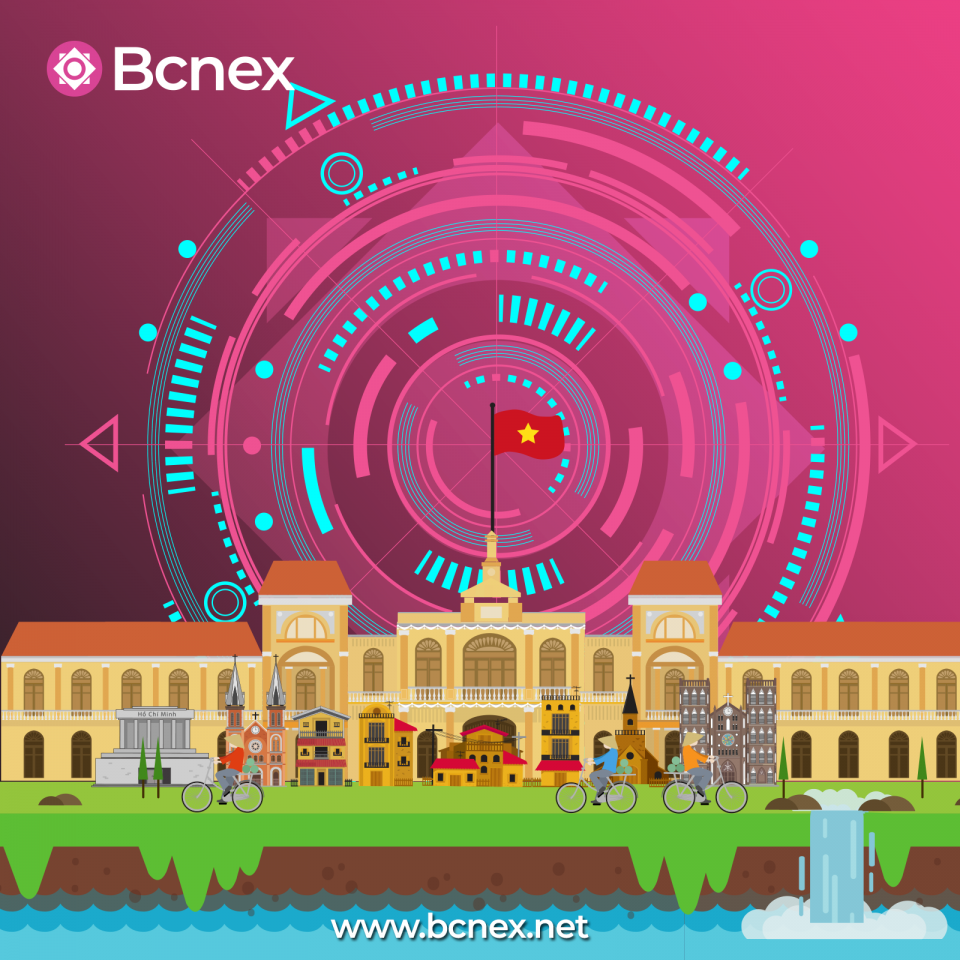 Bcnex is in active talks with the Vietnamese government and awaiting its regulator license. Once it receives it, it will become the first and only cryptocurrency exchange of its kind in the country.

In a move that it is hoped will facilitate the future trading of digital assets in a safe, secure, and regulated environment, Bcnex is developing a new ecosystem that is being viewed by many as a hugely positive step forward for crypto trading in the territory.

At the end of 2018, the Viet Nam Ministry of Justice proposed various regulatory methods — “phased and liberal”, which would help attract foreign investment more quickly; as well as “with predefined rules” for market participants.

The recently announced Program 844 by the government of Vietnam was created in accordance with the country’s sandbox regulation framework. It is hoped its adoption by crypto enterprises will set the stage for acceptance by regulators, banks, and currency exchange houses in the area, which have thus far shown themselves wary of transacting with digital currencies.

Recently, Bcnex began working with financial experts in Vietnam and Singapore to ensure the platform it is developing using blockchain technology meets the conditions of the Asian continent.

The team behind Bcnex is focusing on delivering a legal and safe way of trading cryptocurrencies. To this effect, it is pursuing a termless operating license in Vietnam, allowing it to provide services of exchanging virtual currencies to fiat and vice versa.

With regards to security, the platform has developed a system of cold storage multi-signature wallets with private keys that are stored in geographically distributed locations. The exchange’s alert system blocks all operations in a scenario where database integrity is compromised or an unauthorized change is made.

Another unique property of Bcnex is the BCNX token, which can be used to obtain discount and reduce trading fees.

The regulatory status of the exchange is fundamental to the launch and future of Bcnex and the industry as a whole. The team has put a lot of time and resources into working with regulators to ensure the platform is compliant, and are excited to give users an added level of confidence in using Bcnex with this extra layer of legitimacy.

Bcnex’ move to become Vietnam’s only regional digital asset exchange with a government license is expected to generate a significant rise in awareness and adoption, driving a huge spike in the number of trades and token-based fundraising across the region while maintaining the safety of the financial system. The wild fluctuations and phenomenal surge in valuation of cryptocurrencies like bitcoin have continued to drive exponential growth in demand to trade and issue digital assets. The region has been eagerly waiting for a regulator-approved platform that makes it possible for them to buy and sell in a secure environment. Bcnex is set to play a key role in disrupting the traditional financial system as it continues to fuel the region’s innovation-driven economy and the global crypto industry.

How to trade with binary options: A complete guide

The Entrepreneur Who Is Revolutionizing Decentralized Investment Applications