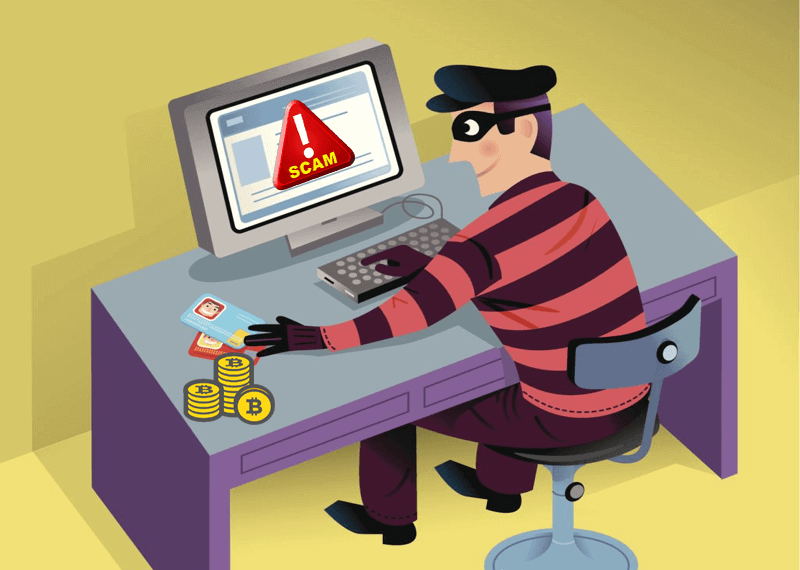 After a recent Bitcoin mining scam, thirty people filed a complaint with the Technology Crime Suppression Division in Thailand. As per the report on Feb 18, the victims claimed they were duped into investing in CryptoMining.Farm which was an investment scam.

As a result, the scam led to a loss of 42 million Baht ($1.34 million). Also, local authorities reported that around 140 individuals were a prey to this scam.

CryptoMining.Farm lured investors through fake promises of 70% annual return along with an option to withdraw funds without any conditions or time constraint. Furthermore, the company offered Bitcoin mining contracts starting from three months to a lifetime. According to Immediate Edge review, app claims to help people make a passive online income by speculating on cryptos. As a matter of fact, the scam company had registered offices in Chiang Mai and Bangkok, posing as a legitimate company.

The payments were to be made in foreign currencies; however, as per Thai law it is illegal. A victim of the scam requested anonymity in stating,

“But from August the owner began imposing conditions for withdrawing the money. Then at the start of this month, the site announced it would start paying back investors in 84 installments, which would take over seven years to complete.”

As per the complaint, Lifetime Technology Co Ltd allegedly operates the website owned by Pimongkol Tawpibarn.

Previously, Jiratpisit ‘Boom’ Jaravijit, a former soap opera actor, along with other suspects, allegedly swindled $24 million worth of Bitcoin from a Finnish investor. Thereafter, the suspects pleaded not guilty in the Bangkok court in November 2018.

Cryptocurrencies are classified as digital assets or tokens in Thailand after the royal decree in the Thai Royal Gazette. However, the digital tokens lack a detailed regulatory framework. Following the rise of scams, the top government officials of Thailand are considering a review of the guidelines. These guidelines will aim at identifying threats to consumer security.