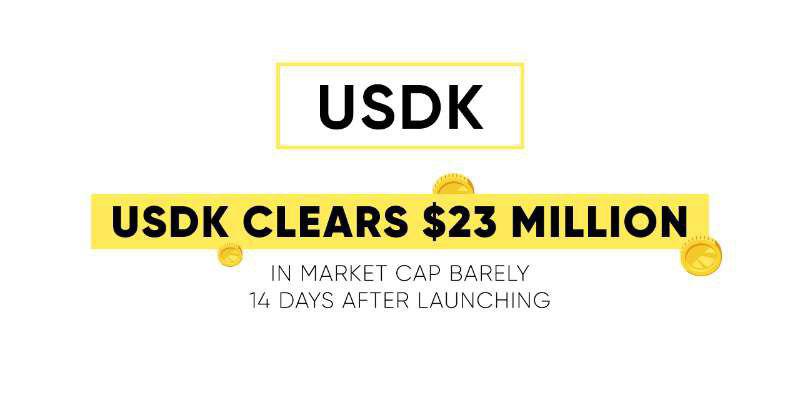 Here’s a thing or two about money, fiat. Money can be anything. But in the contemporary world where value is at times so easy to talk about but so hard to grasp, money can be everything. In other parts of the world, there is true value of what citizens have tied up their bank accounts.

While in other parts of the world, fiat money is nothing more than paper money. Worthless and just a reflection of bad leadership or an economy in turmoil because of external factors. Sovereign based and backed by the central banks mandated by the country’s leadership to take control of monetary policies, central banks play a critical role.

Like central banks, therefore, Stablecoins are immense in crypto. Designed specifically to calm the waters during periods of turbulence of which the crypto market is well known for, USDT made an entry to the delight of the community. Distinctive with a Transparency page and the sole objective of letting the crypto investor world know that the new coin, Tether or USDT, was backed one to one with fiat, that is, the USD, the takeoff was perfect.

However, over time, the parent company in iFinex as well as the issuing exchange, BitFinex are literally jumping from one scandal to another. The owners may be unscathed but the reputation of the Stablecoin has been shredded, quite literally. In all this imbroglios, a standout is the relationship between the minting of USDT, what backs all the Tethers in circulation and the price of BTC. And, it is not the first time the community is noting this relationship.

In Q1 2018, researchers in the US noted that there was an interesting correlation between BTC price pumps and the time of USDT minting. With the US Department of Justice taking a keen interest in this and opening up their investigations, reports indicated that the management team of iFinex was subpoenaed, in a criminal probe that sought to home in and crack accusations of BitFinex’s involvement of unfairly manipulating prices of Bitcoin using newly minted USDT.  Although iFinex denied involvement, it didn’t stop there.

The most shocking of all is this year’s revelation that iFinex sanctioned BitFinex to use part of USDT’s funds to plug a $850 million hole left behind after the embattled crypto exchange lent funds to a crypto processor based in Panama.

The firm, Crypto Capital, was left crippled after several countries including the US and Portugal froze their capital which was included those from BitFinex. But, what was startling in all this is the apparent disregard of rules, perhaps because of the common CEO between iFinex and BitFinex, allowing for fund commingling. With the deep roots of USDT, any failure from this bridge would literally cause a destabilization that could wreck havoc in the space.

Add that to admission from their lead counsel that not all of USDT is backed by 100 percent fiat as marketed and there is a lot of reasons why the community needs a trusted Stablecoin to take over.

Why USDK is On Demand

OKLink in collaboration with the US-based Prime Trust is doing just that. A new Ethereum based Stablecoin in USDK is fully backed and rolled out in exchanges keen on bettering the crypto ecosystem. Launched by a global settlement firm, OKLink, Prime Trust will enforce KYC and AML rules-which USDT lacks—while OKLink will supervise smart contract development as a technology provider.

Compliance, transparency and orderly development is the inevitable direction for Stablecoins. In the long run, this kind of Stablecoins will definitely be the first choice for all cryptocurrency exchanges. For OKEx, priority will also be given to its compliance and transparency background when deciding which Stablecoin to be launched.”

Perhaps it is the involvement of OkEx that has the Stablecoin on a firm start. With transactional volumes topping $1.8 billion and trailing Binance as the world’s second-largest exchange by adjusted volumes, USDK now has a market cap of $23 million. That’s not all; it is supported by BitFinex and Ones, two of the most liquid crypto onramps in the world meaning investors are pretty confident in transparency as well as a product launched by trusted blockchain players.