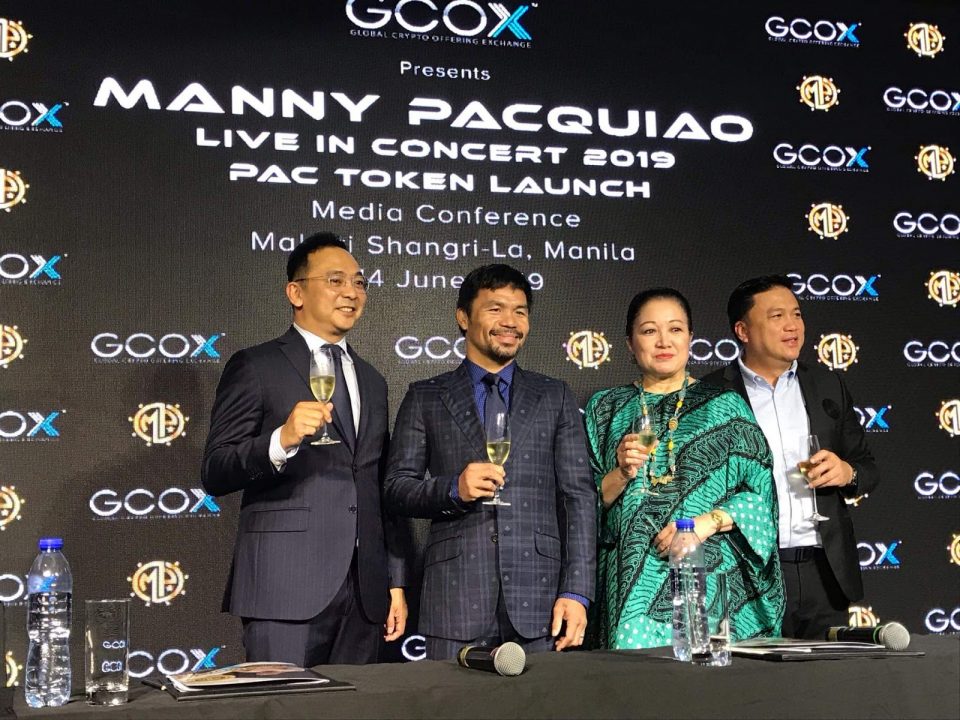 The first-ever celebrity cryptocurrency will be listed on the Global Crypto Offering Exchange (GCOX), which is based in Singapore. Some of the celebrity stars that are associated with the Pac Token are Manny Pacquiao, a celebrity boxer from the Philippines, and Michael Owens, ex-Liverpool soccer star. Others who plan to launch a celebrity token with GCOX are Jason Derulo, the singer, and Caroline Wozniacki, the tennis player.

The GCOX exchange was created in 2018. Since its launch, the exchange has been focused on leveraging blockchain technology for celebrities and major brands. It aims to create unique dawn of star power in the world of cryptocurrency. This exchange could revolutionize how celebrities benefit from their star power. The exchange is part of the GCOX Group, which is a group of firms that are making waves in various sectors ranging from the entertainment sector to finance and technology. It currently operates globally. A couple of outstanding features of GCOX exchange will help the investors

GCOX wants to help celebs create their tokens on the exchange. One unique feature of this model in fan-connect, which is a talent discovery platform that allows fans to be discovered by major players in the global entertainment sector. There is also the celebreneur feature that allows fans to buy merchandise autographed by their favourite idols.

When it comes to being fully compliant, the GCOX innovative development team spared no effort. They put in place some of the best security standards that ensure user data and interests are protected. The company works with some of the biggest names in the risk management industry to ensure that it is fully compliant and that risk on its platforms is eliminated or kept to a minimum.

The reasons Pac Token became a talking point of the crypto industry:

The investors are paying attention to the Pac Token as this is being back by Mr Manny Pacquiao, one of the biggest celebrities in the Philippines,  Currently, a senator in the nation’s senate who is not dimmed his star power.

Because of his personality, character and personal achievements he has a huge following base and every time he backs something, the people of his nation usually support him. It is worth noting that the Philippines has about 108 million people, a good chunk of whom are likely to invest in the Pac token. There is a chance that he could run for the office of the president in the coming years, which would help to increase the value of Pac tokens.

Also, with this token, people will not just be able to gain exclusive meets with the Pac Man but will also have access to autographed merchandise of the star. It is worth noting that users will only be able to buy Pac Tokens using the ACM tokens.