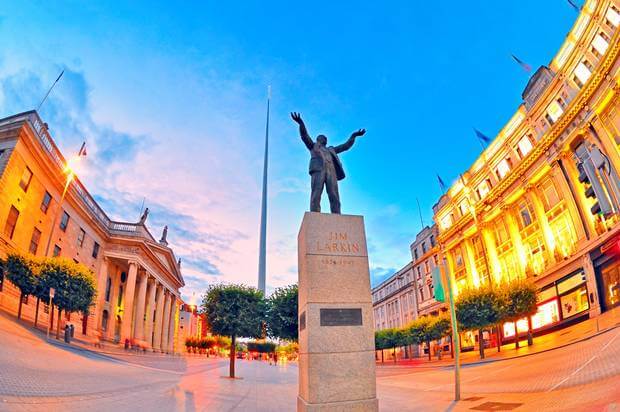 Bitcoin Verde has been working closely with the US government for Bitcoin Cash implementation in
Dublin, Ohio. They are to release their very first government token by using the SLP or the server ledger
protocol.
Joshua Green who is the CEO of Bitcoin Cash implementation Bitcoin Verde has stated directing the BCH
community that Dublin, Ohio plans for minting a token by using the SLP. This unnamed SLP token will be
incorporated for use in city events and redeemed as well, for city branded swag or can be given to the
volunteers who are helping Dublin prosper. The post was made on Reddit on July 1 st , 2019. Green has
also told new.Bitcoin.com that for their identity mechanism, the users are in control of their data, which
will be providing them the option to share data with someone they choose to or even revoke access if
required. Green then went on to explain that they have decided to use the same digital signature tech
that is being already used with Bitcoin since that has already been on the trail by being on the existing
Bitcoin network.

Green also mentioned in details regarding the goal that this token is going to provide with three of its
seminal features i.e. electronic polling system, token of value and digital identity. Green has also noted
that this Dublin token is apparently a part of an RFP which Dublin published in October, a year back.
Users will be able to avail anonymity while joining in for the public polling mechanism by making
secondary anonymous identities and implementing RSA keys to encrypt their respective responses. A
system like this will allow users to remain unknown and unidentified while being able to prove that they
were participants simultaneously.
The token, which has been under development for the past six months is reportedly leaning to be barter
&amp; reward structure which will allow the denizens of Dublin to access their city events, redeem any
discount and city brand swags or even get rewards for positive behavior for Dublin’s growth.

Although it has remained unnamed, Green has stated that the official identifier and name will eventually
be incorporated into the custom digital wallets of Dublin. He has hinted the token compatibility with
deviant SLP wallets, even including the Badger Wallet from Bitcoin.com
Green has made it visibly clear that this token intends to prove the viability of blockchain technology for
governmental incorporation. Thus, it is expected that some parts of this system would require
reengineering, deprecation and be expended on.
Lastly, he added that all the components of Dublin’s blockchain are to augment what already exists and
not to replace them, thus making its use optional for the citizens. His team has apparently been talking
with the local business owners from the city for collective support.
However, Busan in South Korea has also unveiled its plan to introduce regional blockchain based
cryptocurrency. The initiative is in collaboration with the BNK Busan and other relevant blockchain
companies. Unlike Dublin, Busan’s stable coin will be backed by assets, pegged 1:1 to their local
currency via BNK Busan bank accounts.

Civil believes “Proof of Use” will facilitate Legal Token Selling