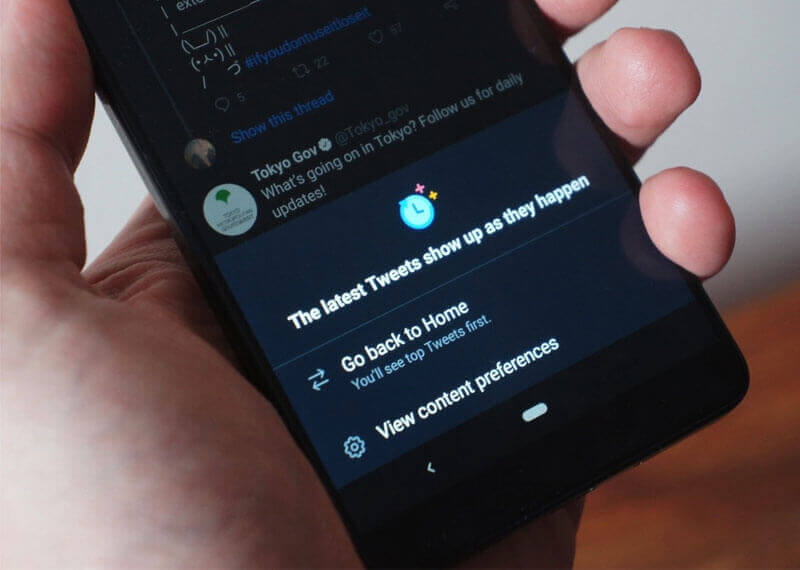 It was about a month ago that Twitter had announced its plan to roll out the chronological timeline. Though the company didn’t launch the option instantly, when it did, the feature was introduced for just iOS users. However, the Android users no more have to clamor anymore as Twitter has finally introduced the feature for Android too.

The company’s decision to switch to the algorithmic timeline in the year 2016 was not a famous one. It received an endless number of complaints from users regarding the ways tweets were arranged. Your timeline could have just a day old tweet or a tweet from a person you do not follow mentioned at the top, with the recent more important tweets buried down below.

But now, with the introduction of the chronological timeline, things have changed. Starting from now, Android users should see a sparkly icon on the top right side corner of the Twitter application. This sparkly feature will allow you to go through the most popular tweets first.

To do so, tap on the icon and then tap on ‘See latest Tweets’ option to switch to the chronological timeline. You can also switch back to algorithmic home feed any time by tapping on the option again. Every tweet is displayed on the timeline in order of the latest tweets, with no interruptions.

Also Read: Netflix raises its subscription prices on all streaming plans across the US

Remember that this change isn’t permanent. You will be switched back to the regular Home feed if you have not opened the application for a while. Though you get latest tweets upon tapping ‘See latest Tweets,’ the older posts will not be present along with these tweets.

Until now, the introduction of this feature for Android seems to be server-side as there wasn’t any new app update. But the fact that the feature is now available for Android is exciting.

Notably, the Android application had the reverse chronological timeline available since last September.  However, one had to go to the settings and turn off the ‘See latest Tweets’ feature to watch it. But now, the fresh, sparkly icon, however, makes it a lot more simple and easy to access and may also motivate you to check the popular tweets more often than before.

Also Read: An annoying bug is deleting the WhatsApp messages!

Well, now that chronological timeline is available to both, iOS and Android, one can hope that the company introduces the feature to its mobile and desktop site as well soon.

Apart from this, Twitter is also all set to launch a new beta testing program in a few weeks which will allow users to try and test upcoming conversations features. As per Engadget, the basic idea of the platform behind this move is to roll out better ways to navigate the user conversations.

Any Twitter user can go ahead and apply to become a beta tester for the upcoming features. The followers of the beta participants will get the ability to see them use the features openly on their Twitter timelines. However, the catch is that just a few 1000 users will be able to enroll and use the new features first.  If you become the lucky one to get enrolled, the platform will ask you for your feedback on the features you are trying.