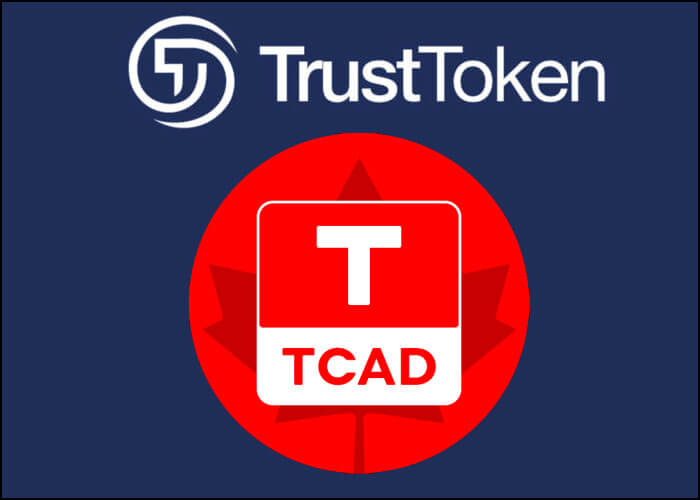 TrustToken releases a brand new stablecoin on 1st May which goes by the name TrueCAD. As per reports, the value of this coin is linked to the Canadian Dollar.

Previously, TrustToken is associated with the creation of many stablecoins like TrueUSD, TrueGBP, TrueAUD. As per matter of fact, US dollar backs TrueUSD, Australian dollars back TrueAUD and British pounds back TrueGBP. And, all of them are backed with a 1:1 ratio.

However, the holders of these coins can utilize four stablecoins on the app of TrustToken for now. And also, they can expect to get listed over upcoming weeks on exchanges. Further, TrustToken notes that people trade their products on famous exchanges, for instance, Binance, OKEx, and Huobi.

A separate asset can back stablecoins which are digital tokens. The separate assets that back these tokens are such as currency or minerals. Sometimes, an algorithm might also stabilize the tokens.

Moreover, these tokens might take different forms. Even, these tokens do not necessarily need a tangible asset to back it. To this, TrustToken goes on elucidating the fact in a statement. They comment on TrueCAD that they wanted a stablecoin which is simple.

Further, they added that such stablecoin must not need to comply with the latent bank account of a company.  Furthermore, the company says that their smart contracts which are open source ensure 1:1 parity. The parity is between CAD and TrueCAD in accounts, as per TrueToken.

However, TrueAUD and TrueCAD are two out of four stablecoins which are pegged to national currencies. TrueToken announced to release the coins in the year 2019. Further, as per agenda, euro backs TrueEUR and Hong Kong dollar back TrueHKD.

Recently, lawyers confirmed that stablecoin of Tether, USDT do not ensure 1:1 parity to US dollars. On the other hand, Zoe Philips of Morgan Lewis says on the matter. According to him, Tether had USD backing only in the Q1.

Earlier in April, True-Token published an audit result of TUSD. It shows the full amount of dollar reserves of the US. As per reports from Independent accountants, the total US dollar balance is about 199 million dollars. However, the total of TUSD tokens were 198 million.

Back in March, TrueUSD brought news to reveal its partnership with Armanino. As per matter of fact, Armanino is an accounting firm. And, it developed a dashboard to enable the traders to monitor balances and funds.

As per the announcement of TrueUSD, Armanino directly connects escrow accounts which are the third party. Reportedly, the accounts hold US dollars to collateralize tokens in TrueUSD. As a result, they can run on Ethereum nodes. The benefit is that it ensures TUSD token supply accurately.