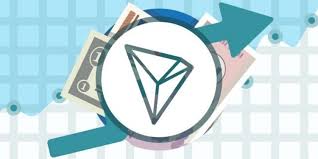 The creator of Tron cryptocurrency is garnering severe publicity. In this case, it is debatable
whether the promotion is good or not. Tuesday of this week was absolutely a great day for the
creator and CEO of Tron cryptocurrency, Justin Sun.
For the last 24 hours, the young entrepreneur is garnering massive attention from several
news websites across the internet. On the other hand, even the cryptocurrency enthusiast, as
well as the experts, are talking about the young entrepreneur. On Monday, Justin Sun told the
online sources that he recently went through a diagnostic and found that he has kidney stones.
Justin Sun said that he did get kidney stones and he wants to take as much rest as he needs
currently. Due to his bad health, Justin Sun is going to cancel his forthcoming meeting with
one of the notable people of the world, Warren Buffet.

Why did Justin Sun postpone his meeting with Warren Buffet?

Soon after the revelation regarding Sun’s health condition on the internet, reports began to
surface from distinctive sources. By the looks of it, the new releases suggest that he did
reschedule, but it is not due to medical problems. Instead, Justin Sun is currently facing a
legal problem in his home country, China.The new report did spread around the internet like wildfire. Every single cryptocurrency
enthusiast felt that China is not allowing young entrepreneurs to leave the country due to
legal issues. The things even began to escalate in such a way that people began to say on
Twitter that Sun broke the law in China. Additionally, this is why the government is holding
him accountable for the offenses.
Nevertheless, the narrative took a different turn in the afternoon of the same day. Sun made
the help of the live broadcast feature from social networking platforms to tell his side of the
story. The live broadcast did showcase Sun to present in the high rise of San Francisco. On
the other hand, the Bay Bridge was easily seen in the background of the live stream. While
conducting the live feed Sun said that he should have gone to Miami for a gateway.

Never believe whatever the internet possesses

The lunch concerning Sun and Warren Buffett was a part of the prize-winning auction for
charity. According to the reports, Sun had bid around $4.6million at the beginning of 2019.

Sun intended to introduce cryptocurrency such as Tron to Warren Buffett as Mr. Buffett is an
influential person in the world.
According to the Tron cryptocurrency, the Glide Foundation is helping the homeless people
of San Francisco by providing them with money on the 5th of June. Warren Buffett, on the
other hand, feels that Bitcoin and other cryptocurrencies are Rat Poison. So far, Buffett did
make several remarks on the majority of the cryptocurrencies in the world. Moreover, Sun is
also a very controversial figure in the world as a whole. Currently, the official statement
representing Sun said that Sun is seriously ill due to kidney stones. Moreover, the respective
parties did agree to reschedule the meeting for some other day.