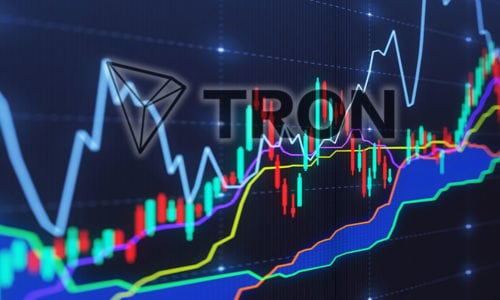 The popular cryptocurrency, TRON, is scheduled for a mainnet upgrade. What will this upgrade entail? Click here to learn more.

TRON has announced that they plan to give the blockchain platform’s mainnet, Odyssey, an upgrade. Odyssey 3.6, as they call it, will receive updates to its security and performance. They also plan to make it easier for other developers to create decentralized apps (DApps) on their platform.

Justin Sun, the current CEO of TRON, announced the upcoming update in a tweet, promising that his platform will be a hundred times cheaper than EOS and two hundred times faster than Ethereum. It was scheduled to be completed around the anniversary of its creation and separation from Ethereum.

TRON, a creation of Justin Sun, came into existence in June 2019 as an off-chute of Ethereum, when it swapped the TRX token from Ethereum’s blockchain into its own. It went the way of EOS, which saw a surge of increased use by gamblers after parting from the Ethereum platform. Similarly, TRON found a home in the gambling industry, which currently makes up a large portion of its user base.

Around 27 percent of its DApps center around online real-cash casino games, and 36 percent is used for so-called “high-risk” betting games (these games involve scarce gameplay and are regulated by smart contracts). This overshadows Ethereum’s 37 percent being used for both types of gambling games. TRON managed to use it’s burgeoning demographic to grow its popularity. It currently stands as the 12th crypto on CoinMarketCap’s Market Capitalization chart.

Since its founding, TRON has shown support for developers and a future where the Internet is decentralized. It has (and still does) actively encouraged developers to house DApps on their network. This principle is also apparent in the upcoming Odyssey 3.6 upgrade. It will further accommodate DApp developers, making their work on the TRON blockchain more customizable. Another feature in line for improvement includes greater security.

What the Upgrade Will Entail

The Odyssey touch-up of 2018 intended to improve the platform’s speed in order to make it better than that of Ethereum. It was also to make it cheaper to use than EOS. Now, 2019’s upgrade seeks to give DApp makers more resources and provide greater security to the platform. The plan is to add protocols that will be more efficient at detecting malware from latching on to the blockchain.

TRON will also give its users additional permission settings for transactions and a few tweaks to the peer-to-peer network are also expected. This all translates to quicker and safer transactions across the TRON blockchain. Currently, transfers on the TRON network can take as few as 2 minutes to complete.

Scalability should also be brought up to scratch. This may prove necessary since Justin Sun went to meet with Warren Buffet, a prominent investor, in early June. This caused a spike in interest in Sun’s cryptocurrency, as evinced by a massive increase in Google searches for the word “Tron.” This suggests a potential increase in people using TRX in the future.

TRON’s Future on the Market

TRX, the currency of TRON, has displayed a positive trajectory for the last few months. It has been on a bullish run since the first half of May 2019. Until then, it had slumped to a low not seen since the beginning of the year. It currently stands around the $0,035 mark, and it might break the $0,038 barrier it had failed to overcome in the past.

However, the crypto’s Bollinger Band seems to be narrowing. The shrinking began between July 10 and July 13 but appeared to have stabilized by the end of July 13. Nevertheless, with the Bollinger Bend tightening on this crypto, the forecast for it spells high volatility in the near future.

Should the bullish trend persevere, TRX could see itself growing past the $0,038 yardstick. Conversely, if the current level is the beginning of a bearish crossover, the cryptocurrency might drop as low as $0,029. As it stands, the bullish nature of XRT shows promise, but ultimately, its future is up in the air.