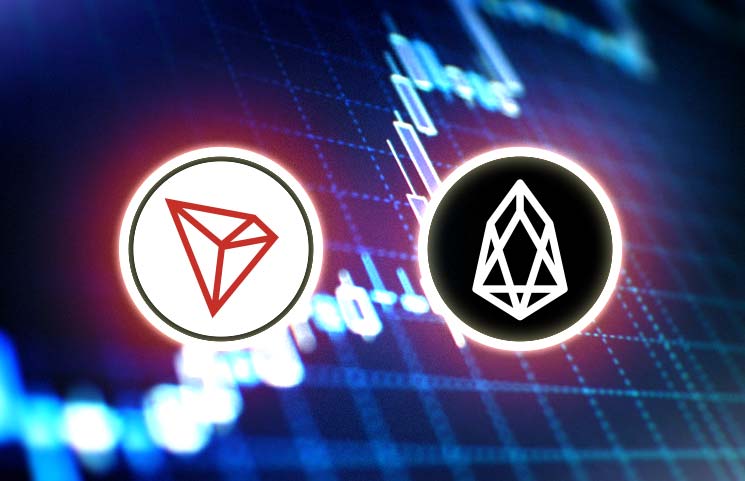 TRX also was known as Tron is exceptionally passionate to make it’s crypto Tron token a mainstream cryptocurrency to conduct exchanges. Justin Sun is the high-spirited Chief Executive Officer of Tron. Judging the foundation, Tron since its inception, Justin doesn’t believe in taking a back seat to make the TRX token credible. There is a lot of hype regarding the prospects of the TRX token. Nevertheless, the CEO does everything that he possibly can to make the coin credible for the users to use.

By the looks of it, the quest of the cryptocurrency was to hold the vast market of DApps. And Tron’s approach in Decentralized Applications has finally started paying off. When it comes to the ecosystem of DApps, Ethereum was the leader until Tron surpassed the 3rd best cryptocurrency. As of now, Tron is struggling immensely with EOS. According to the sources, Tron has become the only leading contender when it comes to adopting Decentralized Applications.

There have been many threats which said that cryptocurrency or crypto coins are not safe considering transactional security. Tron took a different approach and stayed on the track to pursue anonymity and eventually made the network anonymous. And many cryptocurrency enthusiasts seeking to make the cryptocurrency anonymous will help Tron to drive safer transactions.

And this brings forward a correlation which shows the importance of anonymity of Tron for favoring the Decentralized Apps. By merely putting anonymity as an underlying principle Tron could easily chart the path and bring forward much more adoptions. By the looks of it, no other cryptocurrency has ever done something like this before.

It is clear that Tron has become the top-notch anonymous coin. The statements originated from the public domain back in 2018 which was later actualized in the year 2019. Tron is all set to launch its first Non-Interactive Zero-Knowledge Succinct with the help of ZCash. The new venture of Tron is going to rely on ZCash’s zk-SNARKS technology. The cryptocurrency enthusiasts are well aware of the fact that zk-SNARKS is similar to Litecoin’s CT integration.

Tron network will benefit the users

The users are going to be profoundly benefitted with this integration as they will have the option for choosing an open transaction or an anonymous transaction. When the users choose the anonymous option, it is going to allow them to curate transactions on the Tron Network. And the best thing about this is, no one will be able to see the transaction. The only people who can easily see the details of the transaction are the transacting parties. The anonymity feature of the Tron makes it lucrative and beneficial for the people to adopt.

When it comes to Decentralized Application or DApps, Tron is the undisputed king or a leader among other cryptocurrencies. Recently, Tron has beat its closest rival, EOS and now EOS is in the second place. By the looks of it, Tron features much more smart contracts and DApps when contrasted with Ethereum and EOS.

TRX said that the cryptocurrency is undergoing the next stage of evolution in building DApps on its native network.