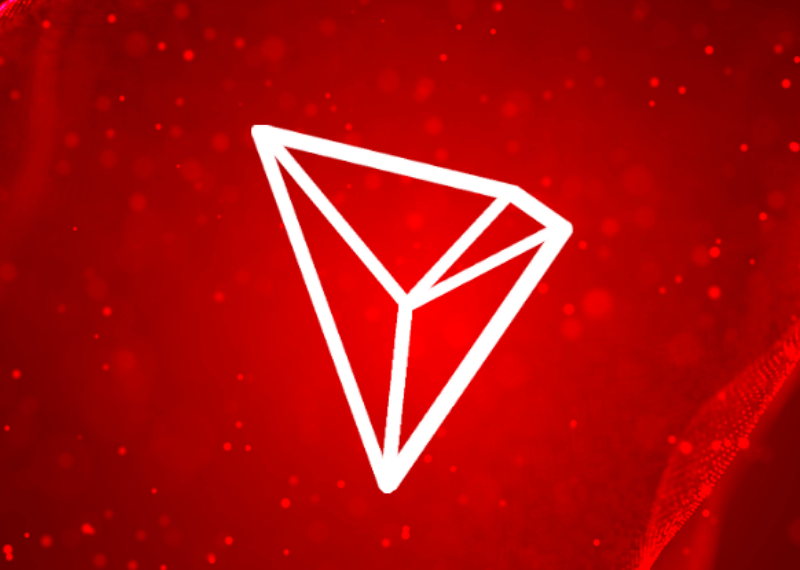 TRON’s accelerator competition ended 4th January with a total of $1 million prize to be won. However, discord channel is replete with complaints. TRON has been gaining attention for it’s price rise and adoption alike.

Interestingly, it is facing flak from the community for pumping price of it’s token. TRON has been accused of luring developers from Ethereum under the garb of getting competitive prizes in it’s accelerator program. 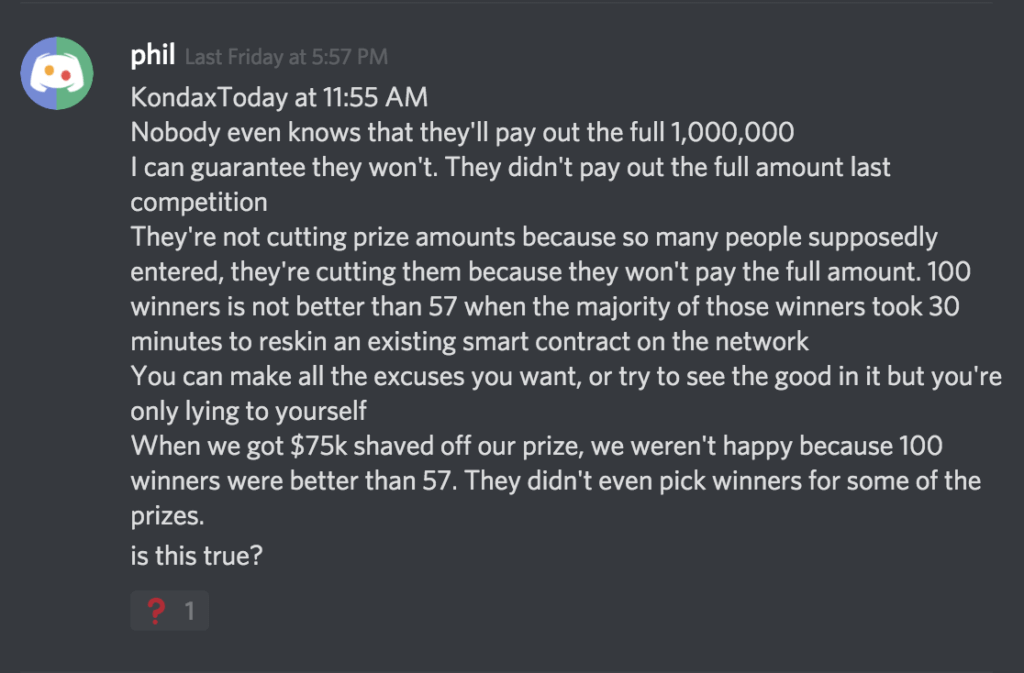 Reddit user 9hil is one of  such critics. He said,

Due to the unexpectedly high volume of competitive projects, we have made some adjustments to the prize structure, one of them is to award over 100+ projects instead of 56 projects. More details to be announced soon. Please stay tuned:)

Also  one poster on discord highlighted the cut in the minimum prize size from $5,000 to $1,000. This led to speculations  whether the prize money would be fully distributed or not. The user  reached out to Justin Sun on Twitter (and discord) for a comment.

Here is what Justin Sun said:

Join us at #niTROn2019! Be part of the #blockchain revolution. I will see you there ?? pic.twitter.com/s2WUzpb8MB

Within 10 minutes of his tweet he promised to release a statement in an hour.  Justin Sun explained

Developers are confused and still figuring out why high-quality dapps were not getting traction. Interestingly an app previously praised by Justin Sun –TronGo- only received the bottom prize. Sun also tweeted about TronGoo on 9 January:

TronGoo has taken the throne in less than 5 days. A huge congratulations for breaking records and becoming the #1 gaming DApp in volume (#2 in users) across all blockchains. It’s been a pleasure for #TRONArcade to work with developers @WorldWarGoo and @FarmTron on this project. pic.twitter.com/6l3evYJA28

A number of dapp developers have  also complained that their submissions had not even been looked at by the TRON  team.  One of the judges on Discord wrote:

I think they did a screening before sending to judges. I didn’t see all submitted dapps. The list we got is less than 40 dapps, I think it’s for big prize. No I don’t have the final results

An explanation for the lackluster accelerator competition was that the company only has one person working on it and was fixing that. However, the statement promised to developers on the discord channel is yet to witness reciprocation in terms of solid actions. 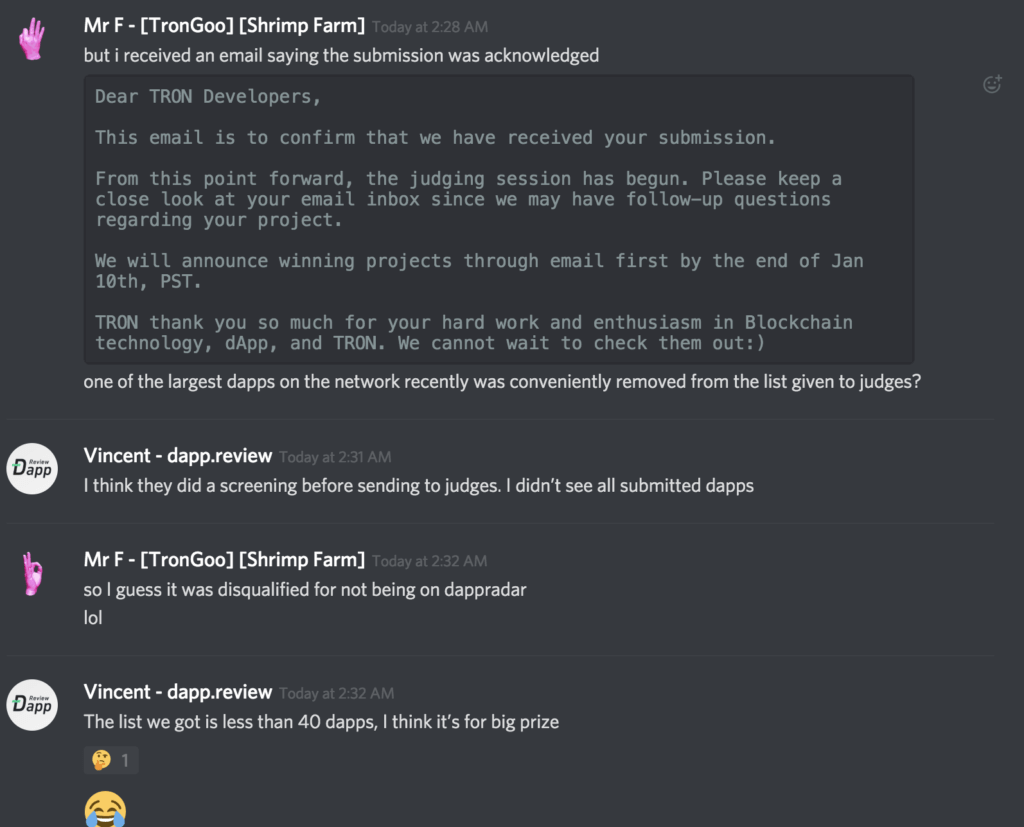 Sun admits his folly and said he should have visited the discord channel instead of confining himself to Twitter. Public announcement of winners will take place at the niTROn event taking place next week in San Francisco on 17-18 January. Between 13 December and 10 January, the TRX price increased from $0.0133 to $0.0327, noting gains of 145%, but has fallen steadily since then to $0.0228.

On January 10 TCU reported,  The TRON (TRX) price continues to maintain bullish sentiment and has risen by 25% in the past 24 hours. The sudden price spike in the week has also left behind Bitcoin SV and stablecoin Tether behind. TRON is also showing terse strength  against Bitcoin.

The bullish trend is attributed to  the launch of the BitTorrent crypto token (BTT), the native cryptocurrency of the BitTorrent protocol, the popular torrent file sharing platform which TRON took over last year. BitTorrent users will purportedly earn rewards for seeding and sharing the files in BTT. Twitter is ablaze with TRON price surges and even say that it will occupy the 7th position on CoinMarketCap.

How I-PRO Will Bring Transparency in the Property Ecosystem