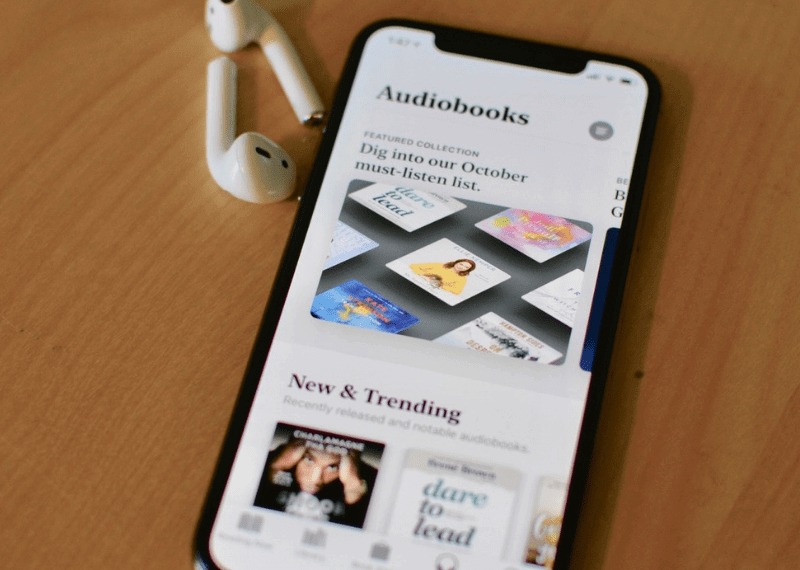 Recently, Apple has released its all-new six free audiobooks. A celebrity will narrate all the six audiobooks. All the books are currently in the public domain which includes Pride and Prejudice to Winnie the Pooh. The six audiobooks has been recorded specially for the occasion and then they were released in the Apple Book Store for free of cost.

With the recent release of these six free audiobooks, it is evident that the tech giant is now planning to compete in this field in more aggressively. During early 2018, it was seen that the company had redesigned as well as re-launched the iBooks app. After the redesign of this app, it got its new name which is the Apple Book Store. The update too included an audiobook tab, and it gives audiobook listeners an improved experience within the app itself.

For the six audiobooks, the company has partnered with celebrities including Karen Gillan, Kate Beckinsale, and Tituss Burgess. For all those wondering, when it comes to the title, these range from four to twelve hours. Apart from this, the list of books also includes a retelling of Winnie the Pooh which was recorded by Disney.

In a Twitter post by Apple Books, it was announced that the Secret Garden, The Time Machine, Frankenstein, Pride and Prejudice, The Wonderful Wizard of Oz and Winnie the Pooh are all narrated by special guests. Anyone with access to Apple Books can listen to the narrations during this festive season.

Earlier it was seen that Apple had revamped the Books app with an all-new design for iOS 12. This comes following a change in the management and leadership for the Apple Books. For this, Apple has hired ex- Audible SVP who is assigned to run the Apple Books.  After this, it is apparent that the company is now eyeing to compete with their rivals in the market.

The recent release of audiobooks for free also means that the company is now interested in making its customer base stronger. They are now making efforts to shore up the support for the audiobook listeners by making the books free to access. This being the festive season means, this move also encourages more Apple Book users to start preferring the audiobooks.

The promotion of audiobooks from Apple is said to be done in the counter of Audible new audiobooks. Recently, it is seen that Audible has added free Audible Originals which are narrated by a variety of narrators. These books are available free of cost for monthly subscribers, and if anyone is a non-subscriber, then they can get this at the cost of $5 to $10.

Get Your Books Today!

Apple’s six celebrity audiobooks can be downloaded from the Audiobooks section  from your iPad and iPhone. One can even get them from iTunes Store that is present on Mac. On Mac, you can download them from the featured download option available for the users.

Currently Audible dominates the market of audiobooks. Audible runs its business with the help of subscription service. As a result, it gives monthly credits for listening to the number of titles. Apart from this, the audiobooks on  iBooks are costlier than the Audible audiobooks. Maybe these celebrity narrations will work its magic and take Apple’s audiobooks a notch higher!