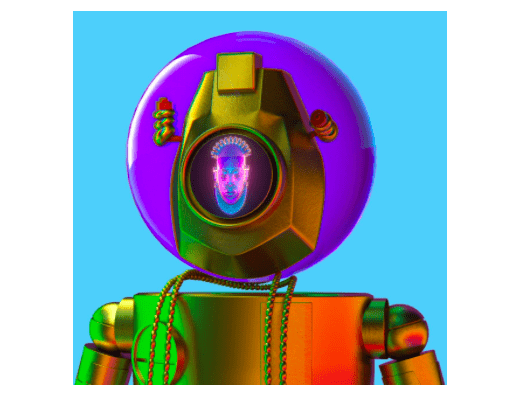 Owing to a large number of non-fungible token [NFT] sales in the last couple of months, the market has become one of the biggest in the crypto space, recording a $10.7 billion sale in just the third quarter of 2021. The proliferation of this trend has led to the influx of NFT marketplaces and platforms, one of such is AfroDroids.

3045; the year life as we know it changed — the year humanity’s carelessness, abrupt disrespect, and lack of care for nature caught up with us, leading to the total obliteration of the human race. As the remainder of humans’ fight amongst themselves to retain control of what used to be our planet, a superior force endowed with human consciousness emerged — AfroDroids.

As AfroDroids begin to take over, emotions rise, prompting the question; are they humans or machines?

In an unprecedented fashion, 12,117 AfroDroids NFTs have been minted and available for secondary sale on the OpenSea marketplace. Per the website, each of these NFT collections is valued at 0.07 ETH [$293 at the time of writing] plus a gas fee. To offer collectors equal opportunity, maximum purchase of 20 AfroDroids have been stipulated. With plans underway to kickstart a metaverse expansion, AfroDroids will be releasing a set of 3D and augmented reality [AR] assets for collection.

Over the past months, NFTs have become one of the biggest trends in the crypto space, offering content creators an opportunity to create, mint, and sell digital content seamlessly. African creators, as expected, have jumped on this moving wagon, with popular celebrities like Osita Iheme [PawPaw] recently minting and auctioning a set of viral internet memes of himself.

Surprisingly, it was a failure, coming as a shock to all those aware of the mass appeal these memes have. Bar this legendary Nigerian actor, a couple of African artists have minted and put up for auction various digital content but all have met the same fate as PawPaw’s memes. After careful research, inadequate marketing plan and an unclear roadmap have been identified as two of the major causes of these rampant failures in the African NFT space.

The NFT space is offering everyone an opportunity to gain massively, regardless of the type of artist you are, there is an audience for you. However, artists who are just getting into the scene may not be aware of the immense depth of the market. This is why the AfroDroids team has designed the “1CAC Production Studio”. Per a recent press release, the mission of this studio is to; create space for African artists — help these artists efficiently navigate this space by presenting them with the right tools, manpower, and access to collectors.

Additionally, 1CAC Production Studio will usher in a marketplace for African artifacts and historical pieces. It will act as a third-party platform where these African-themed artworks get valued appropriately and sold off to the right collector.

Owo Anietie — The Artist Behind AfroDroids

An Afrofuturism 3D artist, Owo’s art career began way back in 2009 with portrait paintings and drawings. Less than three years later, he segued seamlessly into animation, motion design, and digital illustration. With a vision to create and release an art piece a day for the next 50 years, Owo released AfroDroids, which according to the website, pays homage to his African heritage which is evident in the beads, earrings, and other native traits.

Pioneering the biggest NFT movement in the African continent, Owo Anietie is working with Esther Eze to through froDroids to create a world where African artists are appreciated for their indigenous art pieces.

NFTs Are Getting More Popular At Art Basel Miami Beach

Ambani : Blockchain and Defi is a technology I believe In

NFTs Are Getting More Popular At Art Basel Miami Beach

On The Wax Blockchain, Hasbro Has Introduced a Collection of Power Rangers NFTs