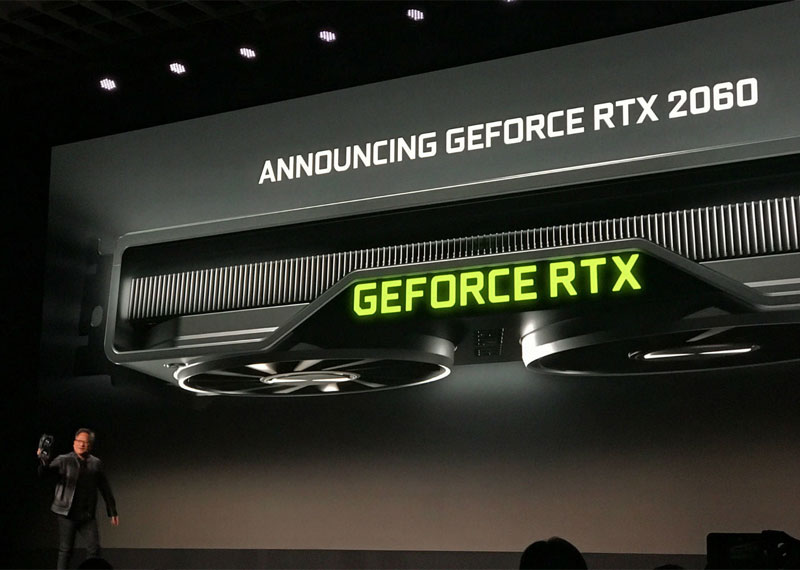 After months of rumors and speculations, Nvidia announced the cheapest graphics card RTX 2060 at the Consumer Electronics Show. And now Nvidia released a brand new WHQL GeForce Game driver. The driver supports the newly revealed GeForce RTX 2060 GPU. With the addition to this Nvidia even tested the monitors and at the same time approved the support G-Sync.

The next-gen RTX GPU is the new addition to the mid-level gaming system. It is meant for the people who want a few features that were earlier introduced with the latest Nvidia GPU. Moreover, it is for the people who do not want to go for a $1,000 or even a high-end GPU just like the new RTX 2060.

A Quite Lucrative Option!

Nvidia reportedly released the first models of the Founders Edition model for a price tag of $349. Nvidia also offers various custom card options that range between $350 to $420. The RTX 2060 is comprised of GDDR6 6GB memory along with 240 Tensor Cores. People can get their hands on the first model of this GPU chipset by visiting the official website of Nvidia. Hence, it is not a big surprise that the company has officially released the accompanied drivers.

The founder’s edition of RTX 2060 had a base clock of 1365 MHz and overclocked up to 1680 MHz. The GPU is also equipped with 13-blade dual axial fan. And the power 6-phase next-gen power supply facilitates maximum overclocking.

Another distinctive feature that makes the GPU, the most lucrative choice for the gamer is the level of compatibility. The GeForce Game Ready WHQL 417.71 drivers exclusively support the monitors compatible with G-Sync. Once the gaming enthusiasts install the driver for GTX 10-series and the RTX 20-series, they will unlock new features. The gamers will be able to enable G-Sync for the monitors that were not specifically built for VRR. Well, VRR stands for Variable Refresh Rate.

More Good news for the gamers

There are also a few caveats for support. Nvidia has tested around the update with 400 monitors. Later the company confirmed that 12 of them would support G-Sync automatically when they are connected to the graphics card. Numerous FreeSync monitors according to the GPU maker revealed that it is possible to validate G-Sync through Nvidia Control Panel.

Nvidia also thinks that people are better off buying the G-Sync monitors. By expanding the support for G-Sync to the FreeSync monitors, Nvidia doesn’t neglect the true G-Sync Monitors. Nvidia still considers the specifically designed monitors to utilize with its GPU. This is a perfect example of Nvidia extending the olive branch.

Well, the G-Sync support to FreeSync monitors has made a lot of gamers all around the world extremely happy. People who won the graphics cards powered by Nvidia will opt for the FreeSync monitors because of the support. Generally, the G-Sync monitors cost more than its FreeSync counterparts. And the people who only care about VRR can now save the money by buying the expensive G-Sync Compatible Monitor. The GeForce Game Ready WHQL driver can be downloaded from the website of Nvidia or via the GeForce experience app.