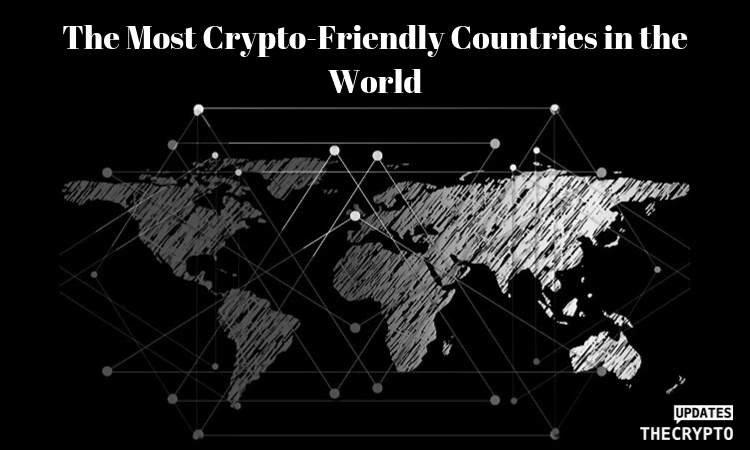 The last decade was about businesses and services created with the goal to “disrupt” our existing, traditional ways. Startups all over the world have invested time and money into creating new ways of getting around, ordering food, transferring money, and doing business online, often involving the internet and apps. Still, one of the most disruptive inventions was Bitcoin, the initiative that set out to fundamentally change the way we think about money. Cryptocurrency, in general, is a laudable initiative that would take control over money out of the hands of governments and institutions and put it into the hands of a global community. This, of course, has troubled ministries and banks alike. For a chance of a lasting impact on the world, a disruptor of the cryptocurrency’s magnitude needs institutional support. While there are many countries that have outright banned the use of Bitcoin and its likes, there are some others that have embraced this emerging technology. Here are those that are the friendliest of them all.

Isle of Man (and other island states)

The Isle of Man is a British crown dependency and as such, it has a special status – it is not officially part of the UK and neither does it belong to the European Union. It has a well-developed digital economy, with iGaming responsible for a hefty part of its GDP. It seemed obvious for it to embrace blockchain, especially since there are quite a few gambling companies that have built their (licensed, official) business around it. The Isle of Man’s decision to support Bitcoin businesses has already attracted Quanta, the first Bitcoin casino to obtain a license, to the island, and it is home to non-gambling crypto companies like CoinCorner, Luckbox and Qadre.

Other island-states that have a friendly stance on Bitcoin and other cryptocurrencies are Malta, Vanuatu, Puerto Rico, and Gibraltar, the first country to establish rules for ICOs.

We can say that Japan is perhaps the most progressive country when it comes to cryptocurrency regulations. It was among the few countries that established clear tax guidelines for crypto investors – many countries haven’t even started to discuss crypto at the time (and many haven’t done so to this day). The country’s cryptocurrency regulation is the concern of the Japanese Virtual Currency Exchange Association (JVCEA). No wonder a good portion of the world’s global traffic to crypto exchanges comes from Japan.

Luxembourg is a great place to own and trade cryptocurrency. This small nation has one of the first financial regulators in the European Union to express its opinion on Bitcoin (in 2014). Since then, it has ruled that cryptocurrency is an intangible asset (not subject to income tax until sold) and all cryptocurrency transactions are VAT exempt in the country.

When it comes to the widespread adoption of cryptocurrency, Switzerland must be in the lead – even the country’s state railway accepts Bitcoin payments for its tickets, not to mention the local banks (not all of them, mind you) that accept transfers and deposits in several cryptocurrencies.

In Sweden, the Finansinspektionen (the country’s financial supervisory authority) has proclaimed that Bitcoin and other cryptocurrencies are a means of payment, thus giving legitimity to the fast-growing industry. Crypto exchanges, in turn, need to obtain a license to be permitted to do business within the country. The Swedish are perhaps the least reliant on physical currency, relying especially on electronic payment methods – for them, cryptocurrency probably feels like just another one of those.

What Technology Does Cryptocurrency Work With?