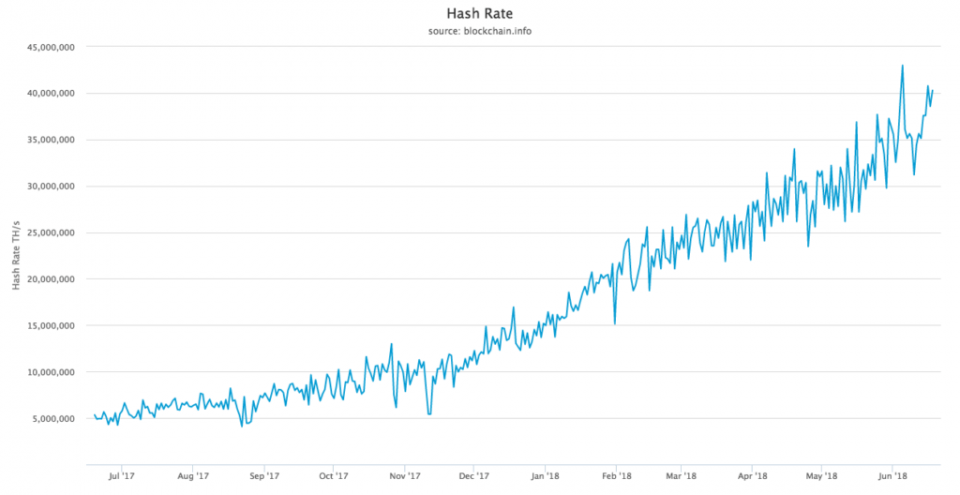 According to the new speculation, the hash rate of Bitcoin, aka BTC, has become extremely high as of now. The data originates from the critical monitoring resource, namely, Blockchain.com. On the other hand, the data came into being on the 7th of July 2019.

In the meantime, the previous record broke down in last months’ second half. According to the sources, the hash rate of Bitcoin became around 65.19TH/s. Moreover, ever since that phase, the hash rate is going through a steady increase, the growth is not slowing down.

What is Hash rate?

By the looks of it, the network hash rate also provides a crucial benefit. The higher hash rate of the specific network also enhances the number of resources that miners need to perform an infamous 51% attack. In simplest terms, the security of the cryptocurrency or blockchain network is at its peak when the hash rate is high.

According to Coinbase’s new research, around 74.1 percent of the total mining of Bitcoin with the help of renewable energy. Also, as per Cointelegraph, the period that came after September 2018, namely, phase of the “crypto winter” was incredibly tough. By the looks of it, it is more likely a rearward step for the Bitcoin network. During the phase of crypto winter, the hash rate of Bitcoin saw a significant decline for the very first time.

In June, news has broken regarding the mining difficulty of Bitcoin. According to the sources, the problem of Bitcoin has become an all-time high. On the other hand, this has also increased the competition concerning the block rewards between the miners.

So far, 2019 is an excellent year for Bitcoin and the other top five cryptocurrencies in the world. The market bubble phase of cryptocurrency might already be over, yet people are aware of it.